The three turboprops will take its ATR fleet to seven aircraft, allowing for the phasing out of its two BAe 146s and single Fokker 70 regional jets. It will also allow it to double the number of domestic destinations served to 30, says the airline's managing director Bayu Sutanto.

Some of the new destinations TransNusa plans to start will cover the four Kalimantan provinces.

FlightGlobal Schedules shows that TransNusa operates flights out of Kupang to destinations on the two Nusa Tenggara provinces, as well flights from Jakarta to Lahat and Ketapang. 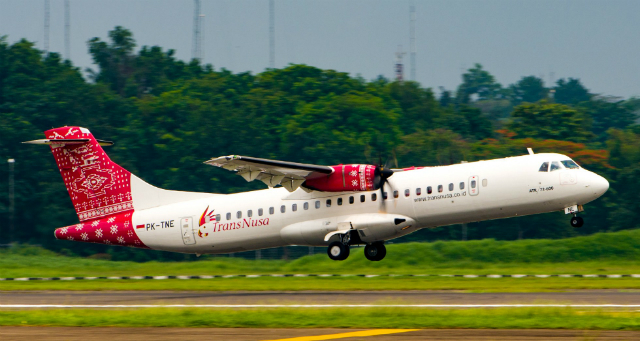