Korean Air has taken delivery of its first A321neo – marking its entry as the region’s newest A320 family operator – as it unveils new short-haul cabin products including full-flat seats in business class. 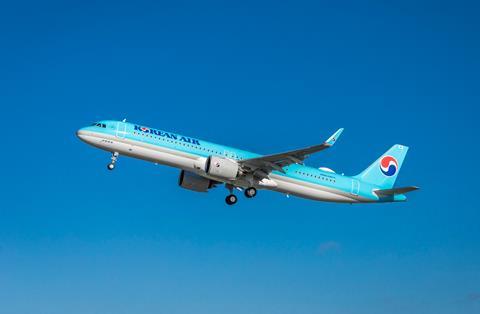 Korean Air has taken delivery of its first A321neo.

Deliveries of all 30 aircraft are expected to be completed by 2027, says Korean Air.

The A321neos are part of a broader medium-term fleet replacement strategy which will also see the airline receive more Boeing 787s and 737 Max aircraft.

Korean Air says the narrowbodies will be deployed on short-haul routes to Japan, Southeast Asia and China, and will be configured to seat 182 passengers in two classes, with eight seats in business class and 174 in economy.

The carrier is the first Korean carrier to feature fully lie-flat seats in business class on narrowbody aircraft. Its other narrowbodies – 737s and A220s – all feature recliner-style seats. 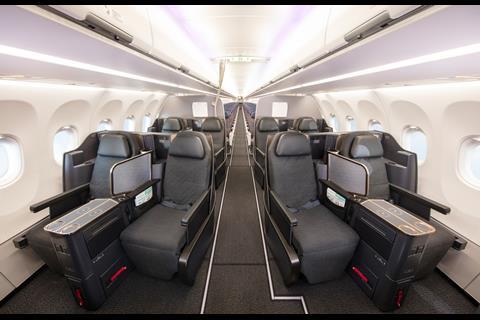 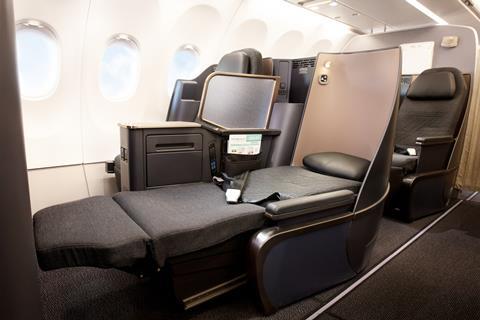 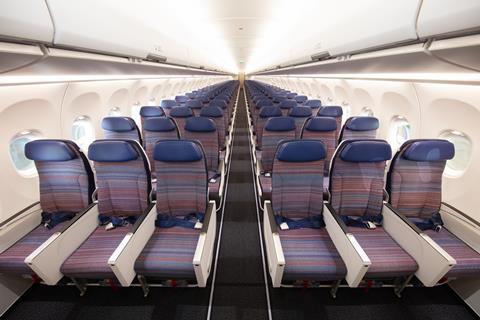 Korean Air has unveiled a new economy class cabin on its A321neo fleet.

“The A321neo’s fully lie-flat business seats will provide seamless comfort to transfer passengers, who have combined itineraries of long-haul flights on the Americas and Europe routes, and short-haul flights on Southeast Asia, China and Japan routes,” states Korean Air.