Australia’s Regional Express (Rex) has completed the purchase of charter operator and compatriot National Jet Express (NJE), as it signalled “bold plans” for the new unit, including to grow the latter’s turboprop fleet.

In a 30 September statement, Rex hails the acquisition, first disclosed in mid-July, as a “major expansion” into Queensland and the Northern Territory states. It also gives Rex – predominantly a scheduled passenger services operator – a foothold in the lucrative Fly-In, Fly-Out market. 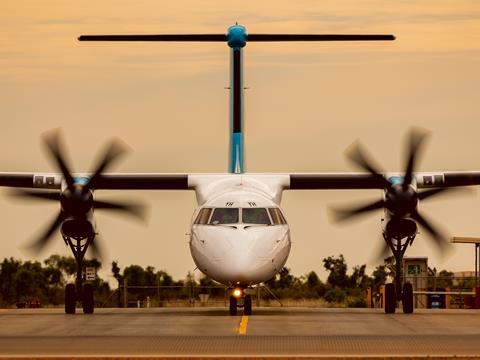 Rex announced its plan to acquire NJE, the regional services unit of Cobham Aviation Services Australia, in mid-July for about A$48 million ($31.1 million).

The acquisition received the green light from the country’s competition commission in late-July, with Australia’s Foreign Investment Review Board also approving the purchase in mid-September.

Lim told FlightGlobal in August that he expects the new unit to retain the National Jet branding, as well as its operating fleet.

He doubles down on those comments in the latest statement, stating: “We will continue to invest in new aircraft and technology to grow the business, especially in Queensland where resource companies have been facing severe issues with capacity and reliability in recent years.”

“Rex will overlay [its] financial and operational prowess on NJE’s core strengths to transform it to be Australia’s premier Fly-In, Fly-Out operator. Resource companies all over Australia can now count on a modern, comfortable and environmentally-friendly fleet for their Fly-In, Fly-Out needs instead of relying on 30-year-old Fokker 100 aircraft used predominantly by the other operators,” adds Lim, in an indirect swipe at fellow Fly-In, Fly-Out operator Alliance Aviation.