Cebu Pacific of the Philippines is committing to purchase 16 Airbus A330-900s, as part of a package which also includes 10 of the new A321XLR and five A320neos.

The airline is to configure the A330neos with 460 seats in an all-economy layout.

Cebu Pacific will start receiving the Rolls-Royce Trent 7000-powered twinjets in 2021, with the A321XLRs arriving from 2024. 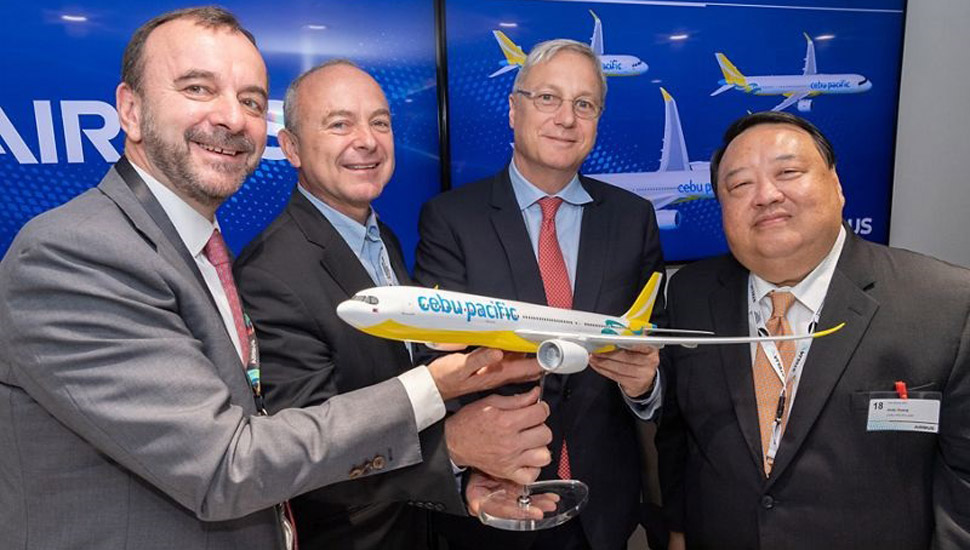 Chief executive advisor Mike Szucs indicates that the high-density A330neo layout has been achieved with some "clever" reconfiguration of facilities such as the lavatories.

"It will be a super aircraft," he says.

The airline's chief financial officer, Andrew Huang, says no engine selection has been made for the single-aisle jets, and that the carrier has yet to decide whether to stay with the Pratt & Whitney PW1100Gs on its current A321neos.

"It's too early in the day to talk about [powerplants]," he says.

Huang says the A320neos will have 194 seats but it has not finalised a configuration for the A321XLRs, newly-launched as Airbus's longest-range version of the jet.

The fleet modernisation will help the carrier address two "pain points", he adds, namely slot restrictions and the need for the operator to stay competitive on unit costs.

Huang says the A321XLR will provide the carrier with the additional long-range capability to enable it to fly directly to destinations from bases outside of Manila.