Air New Zealand has taken delivery of its first Airbus A321neo, one of 20 of the re-engined A320neo family destined for the carrier.

The aircraft (ZK-NNA) is fitted with Pratt & Whitney PW1100G engines, and has the ‘cabin flex’ fuselage configuration with the overwing exits and revised aft door positioning.

Airbus says the twinjet has a single-class layout featuring 214 seats. The airline had originally opted for a 209-seat layout but delayed deliveries in order to fit the additional capacity.

Air New Zealand will initially use the new jets for trans-Tasman and island routes, according to the airframer.

Airbus’s backlog shows the airline has 11 A321neos and four A320neos on direct order. 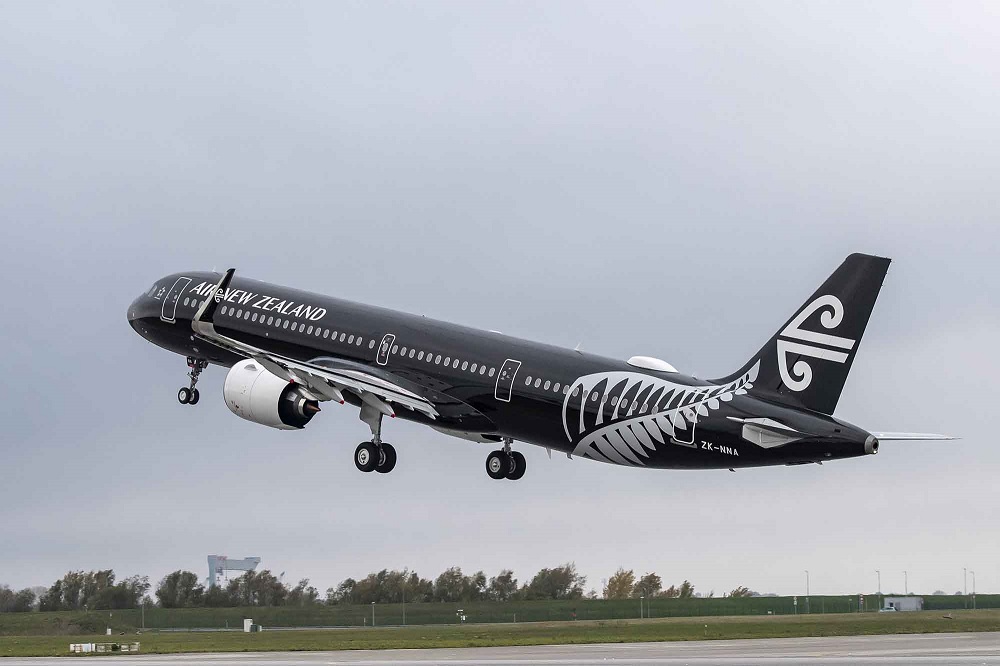