South Korean startup carrier Air Premia has selected the Boeing 787-9 to form the basis of its fleet, with deliveries to start in 2020.

The airline will take five through lessors, with three to arrive in 2020, and two the year after. It plans to grow that to a fleet of 10 of the jets over five years. 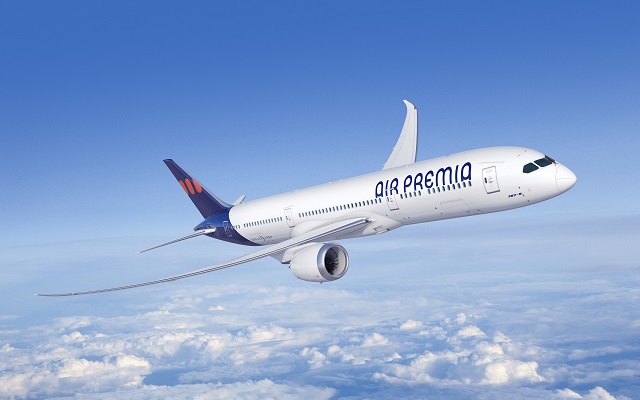 That will make it the second 787 operator in Korea after Korean Air. Flight Fleets Analyzer shows that the SkyTeam carrier has nine 787-9s in service, with one more on order.

Air Premia had been assessing the A330neo and the 787 for its fleet needs, and had signalled that it would only operate one aircraft type.

Styled as a ‘hybrid’ carrier, the airline plans to start services in September 2020 and will offer economy and premium economy classes on board.

Long-haul services to Los Angeles and San Jose are expected to begin in 2021, while Air Premia has also identified Honolulu, Vancouver, Munich and Cairns as other destinations it plans to launch in future years.

The carrier filed an application for an air carrier’s license in December, and is expecting the South Korean transport ministry to make a ruling on it in February.