South Korean startup carrier Air Premia has released a rendering of an Airbus A330neo in its livery, as it moves closer to firming up its fleet plans.

The carrier tells FlightGlobal that it is still in discussions with both Boeing and Airbus, and hopes to make a decision within the month on which aircraft it will choose. 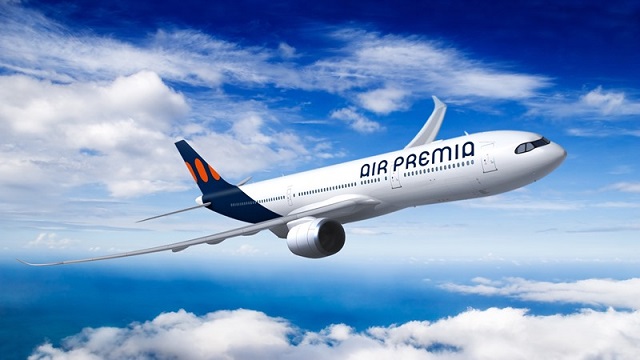 It previously said that it plans to operate a single fleet of A330-900s or Boeing 787-9s, and is looking to commence services in 2020.The airline has not indicated how many jets it is looking to take.

It adds that it is “seriously negotiating with a handful of lessors”, and would likely tap the sale-and-leaseback to finance aircraft ordered directly from the manufacturer.

Founded by former Jeju Air president Kim Jong-cheol, the hybrid carrier is looking to operate on routes over six hours from Korea, to destinations in Asia, the US west coast and Europe. It will have offer economy and premium economy.

Air Premia submitted its application for an air carrier license with South Korea’s transport ministry in November, and has secured commitments from local pension and private equity funds for W165 billion ($148 million) in equity once it secures its license.