Air Tanzania has taken delivery of its first Airbus A220, becoming the initial African operator to receive the twinjet type.

The airline received the jet during a handover ceremony at the Mirabel assembly line in Montreal.

Air Tanzania becomes the fifth operator of the A220 behind Air Baltic, Swiss, Korean Air and Delta Air Lines.

Tanzanian government flight agency acting chief Tito Kasambala says the aircraft has “remarkable performance and economics” and will be an “excellent asset” for the flag-carrier.

It will be used on domestic and regional routes from Dar es Salaam, and will support the opening of new connections to the Middle East and India. 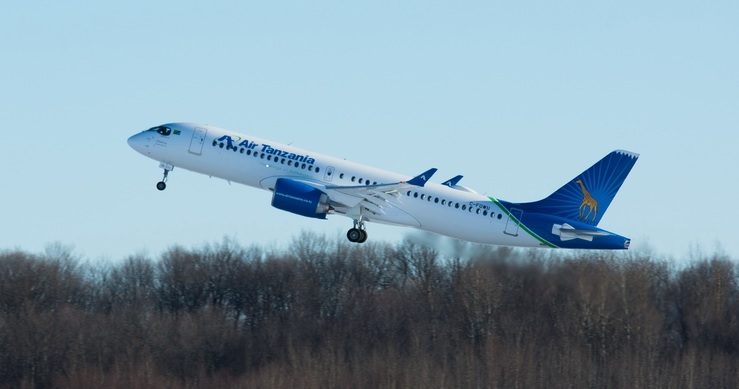