The 400th A320-family aircraft produced by Airbus’s Chinese assembly plant in Tianjin has been delivered to the nation’s flag carrier Air China. 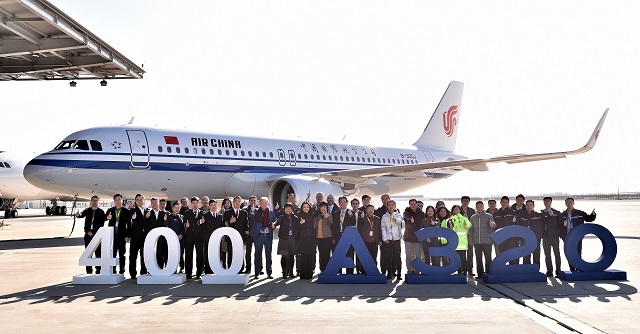 The Tianjin milestone comes the same week that Boeing began shipments of 737 Max aircraft from its new Chinese completion and delivery centre in Zhoushan. That first 737, a Max 8, was also handed over to Air China.