American Airlines has taken delivery of its first Airbus A321neo, making it the latest US carrier to add the re-engined narrowbody to its fleet.

Airbus handed over the aircraft (MSN 8647) to the Fort Worth, Texas-based carrier in Hamburg today, the airframer says. It is equipped CFM International Leap-1A engines. 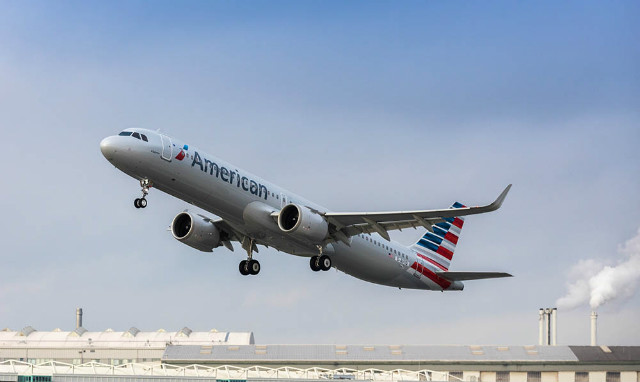 American is the fifth US carrier to take delivery of an A320neo family aircraft, after Alaska Airlines, Frontier Airlines, Hawaiian Airlines and Spirit Airlines. It has firm orders for 100 A321neos with 17 due this year, Flight Fleets Analyzer and American's latest fleet plan show.

The mainline carrier had planned to take 22 A321neos this year but deferred five aircraft in mid-2018 citing a weak revenue environment.

All of American's A321neo orders are for the standard variant, however, it is seen as a likely candidate to convert some aircraft to the long-range A321LR. Airbus has positioned the LR variant as a replacement for the 757 in some longer markets, including transatlantic markets.

American will ferry its first A321neo to Pittsburgh for post-delivery modifications and familiarisation before entry-into-service later this year.