Japanese carrier All Nippon Airways’ first Airbus A380 has rolled off the final assembly line in Toulouse.

The aircraft is set to undergo ground tests ahead of its first flight which, says the airframer, will take place “in the coming weeks”.

Upon completion of flight-tests, the aircraft will be transferred to Hamburg for cabin installation and livery painting.

ANA is taking three A380s, powered by Rolls-Royce Trent 900 engines, and the initial aircraft is due for delivery early next year. It will be used on the route between Tokyo and Honolulu. 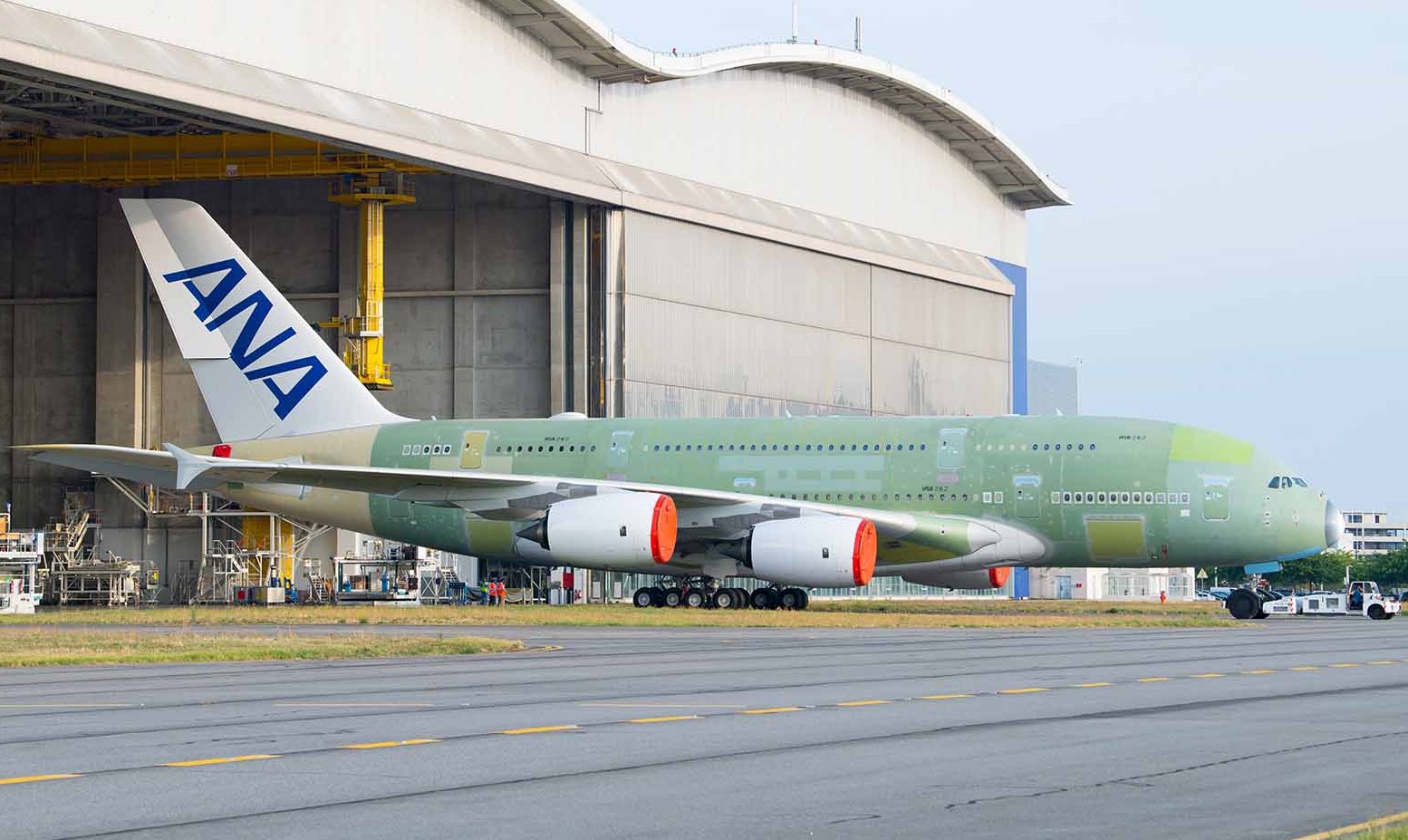