Cayman Airways has become the first airline in the Caribbean to receive a Boeing 737 Max, following delivery of one of four aircraft this week it is taking via Air Lease.

The arrival of the Max 8 marks the start of the airline's fleet modernisation as it expands its route network. The Max 8s will replace Cayman’s three existing 737-300s. It also has one 737-800 in service, according to Flight Fleets Analzyer. 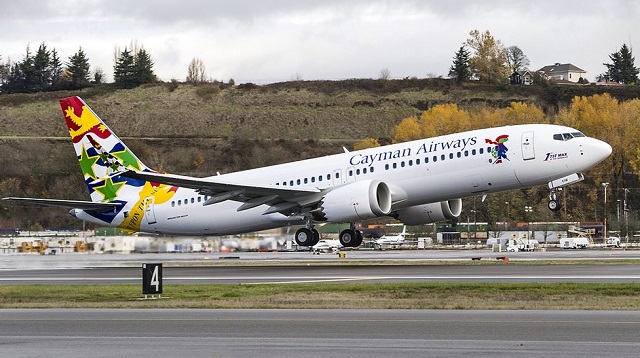 In August, Cayman Airways announced it would add Denver to its network next March following the introduction of the 737 Max 8. It will offer seasonal twice-weekly services from its Grand Cayman base.