EgyptAir's first Airbus A220 has conducted its maiden flight from the manufacturer's Montreal Mirabel assembly facility.

The Egyptian flag carrier is taking 12 A220s under an agreement originally disclosed towards the end of 2017, before Airbus acquired the then-Bombardier CSeries programme.

Its first aircraft is set to be delivered "in the coming weeks", says Airbus.

The Pratt & Whitney PW1500G-powered twinjet, under the test registration C-FPBE, carried out the flight on 23 August, a sortie lasting around 2h 30min.

EgyptAir is configuring the aircraft with 134 seats and will deploy them at its EgyptAir Express regional operation, which currently uses Embraer 170s. 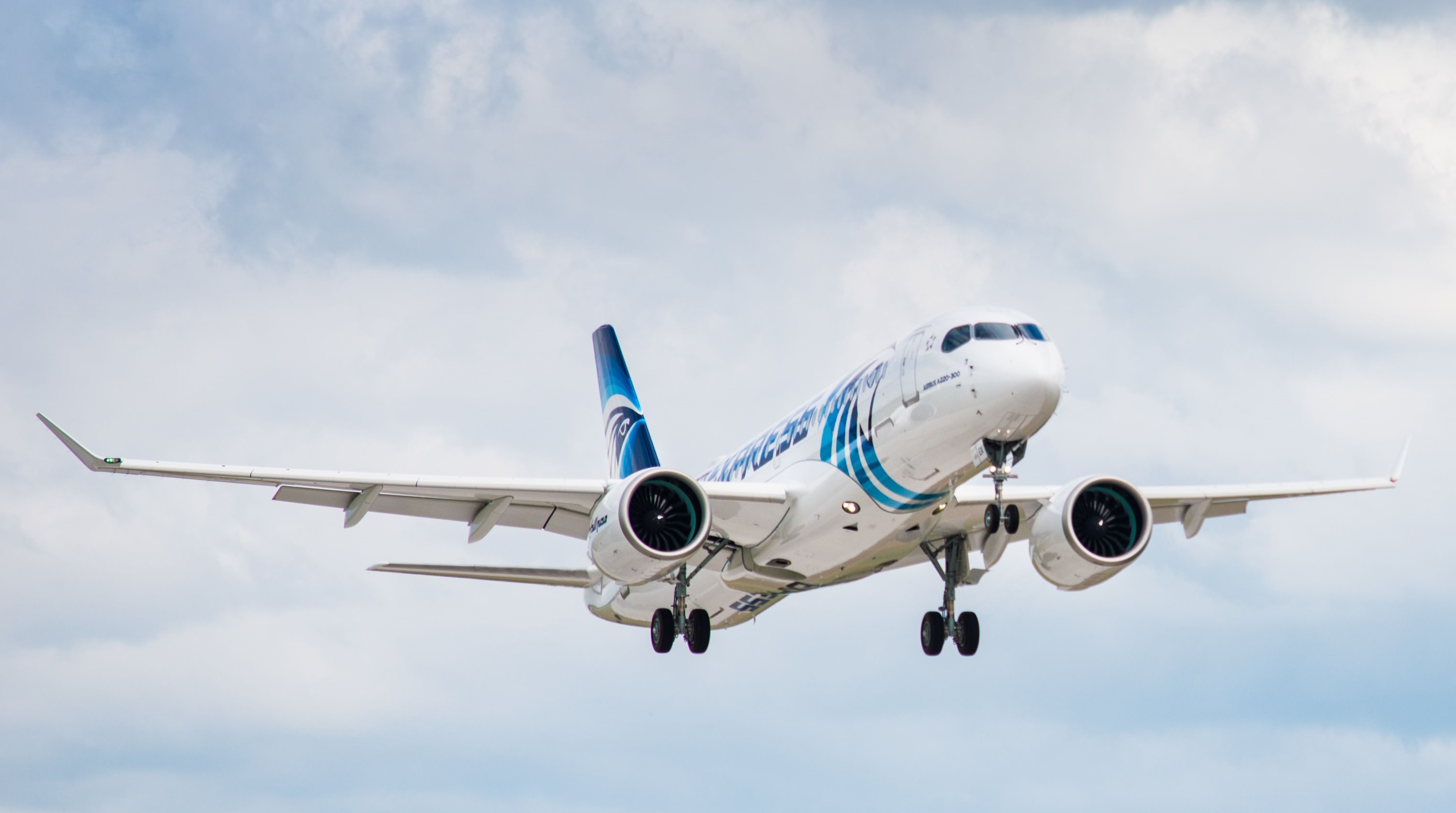