PICTURE: First ANA A380 rolls out

The first Airbus A380 for All Nippon Airways has rolled out of final assembly in Toulouse.

Airbus says the aircraft, with the ANA logo on its vertical tail, will move to an outdoor station where structural completion, engine installation and cockpit furnishing will be conducted. 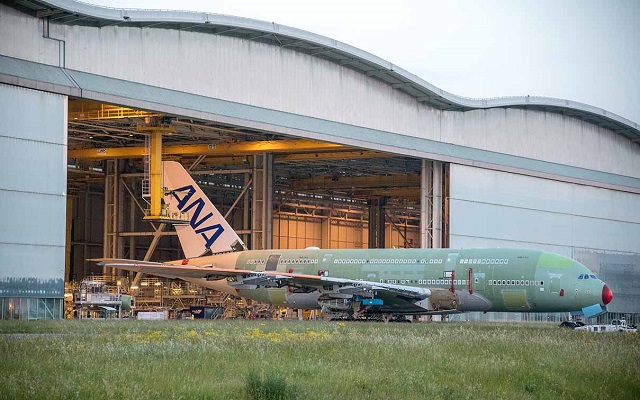 Earlier this year, the airline announced that its three A380s will each be configured with 520 seats - eight in first, 56 in business, 73 in premium economy and 383 in economy. The aircraft will be powered by Rolls-Royce Trent 970 engines.

Delivery of the first A380 to the Japanese carrier is scheduled for early 2019, after which it will be deployed on the Tokyo-Honolulu route.