The aircraft is powered by Pratt & Whitney PW1000G engines, which also has a long-term service agreement for engine maintenance. 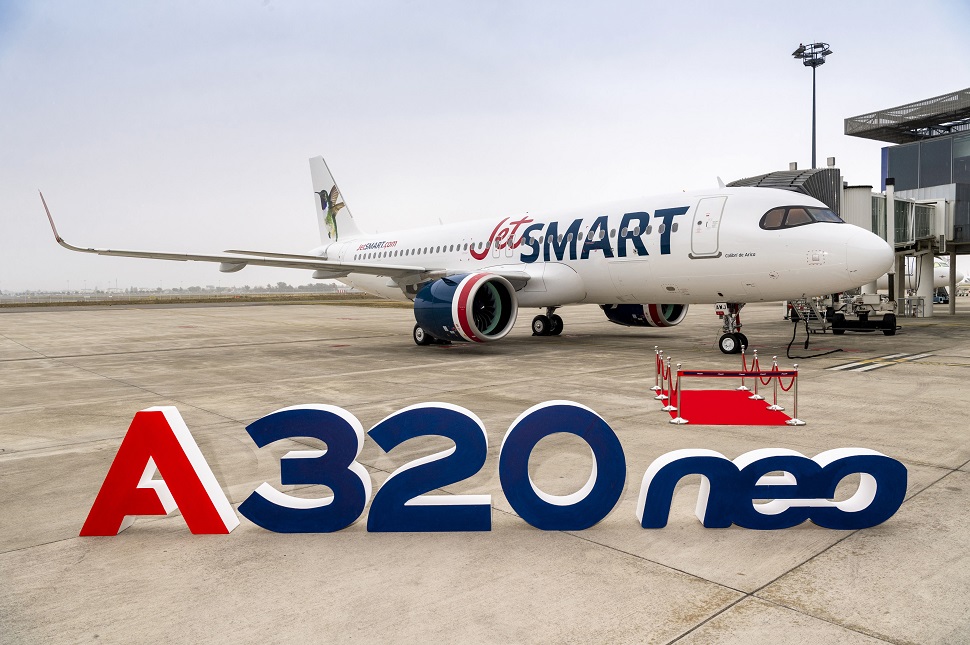 “We are delighted to welcome the first GTF-powered A320neo aircraft to our growing fleet and continue to build our relationship with Pratt & Whitney,” JetSmart chief executive, Estuardo Ortiz says.

“The efficiency gained with this new technology engine will allow us to provide our customers with lower fares as we continue our expansion across South America, while benefitting from lower fuel consumption and a reduced environmental footprint.”

Cirium’s fleets data shows that JetSmart has 75 PW1000G-powered A320neo family jets on order, including 14 of the ACF version.

MSN 9194 was delivered this month, and the airline is scheduled to receive another four jets, which are also owned and managed by SMBC, in November and December 2019, February and March 2020.