A Bombardier Dash 8-Q200 operated by Air Niugini’s Link PNG unit appears to have been destroyed by rioters during civil unrest in the Southern Highlands province.

The Papua New Guinean flag carrier tells FlightGlobal that the aircraft, registered P2-ANX, “suffered damage when rioters invaded the tarmac” at Mendi airport, leading to the closure of the airport on 14 June.

Pictures on social media show the aircraft on fire, with the fuselage being burnt through. Air Niugini says there were no passengers or crew on-board when the aircraft was set on fire. The turboprop had just operated a flight from the capital, Port Moresby. 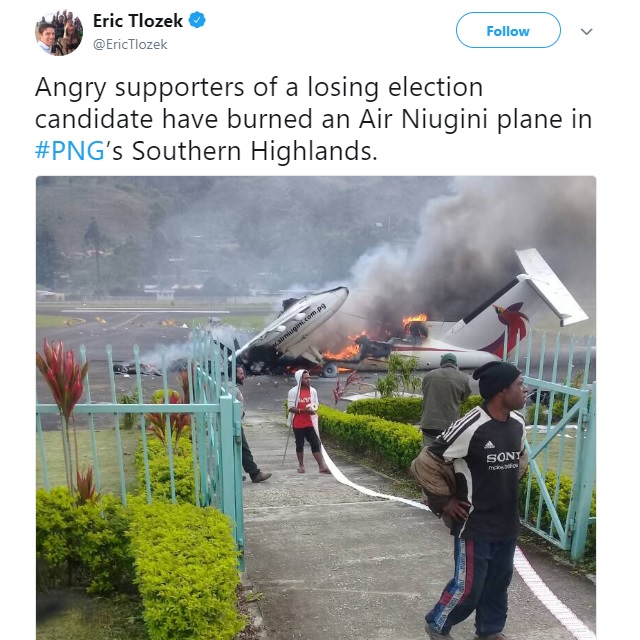 News reports indicate that the riot was sparked by an election petition decision.

It also shows that the turboprop is among three Link PNG Q200s, the other two bearing registrations P2-ANK and P2-PXI.

Link PNG says that as a result of the unrest, it will suspend flights to Tari and Wapanamanda until further notice.