Polish flag-carrier LOT's latest Boeing 787-9 has emerged with a special livery to mark a centenary of Poland's independence.

The Rolls-Royce Trent 1000-powered twinjet (SP-LSC) features the country's outline on the forward fuselage and a streaming red-and-white design representing the Polish flag along its length.

Poland celebrates regaining its independence in 1918, following the First World War, on 11 November.

The aircraft is the third 787-9 ordered by the carrier, which also operates the smaller 787-8. 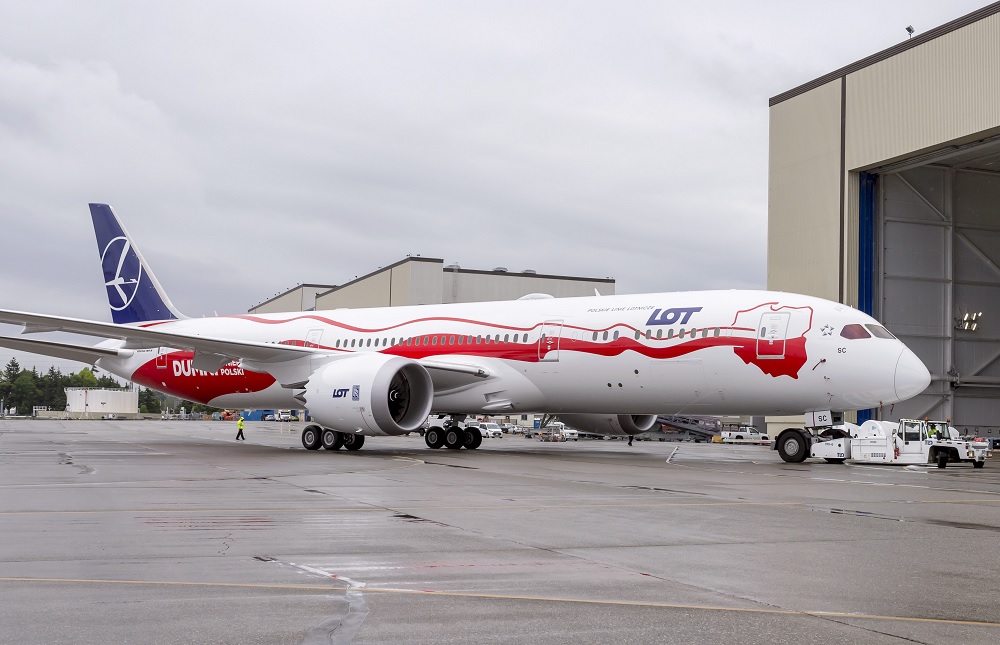