Russian operator Severstal is set to receive a new Sukhoi Superjet 100 with winglets, following cabin completion at the Aviastar facility in Ulyanovsk.

Aviastar says the aircraft is the first of the twinjet type it has received with the extended 'sabrelet' wing-tips.

Installation of the sabrelets is intended to improve take-off and landing characteristics and cut fuel burn.

Aviastar carries out interior fitting of Superjets and the Severstal jet takes the total on which it has worked to 110. 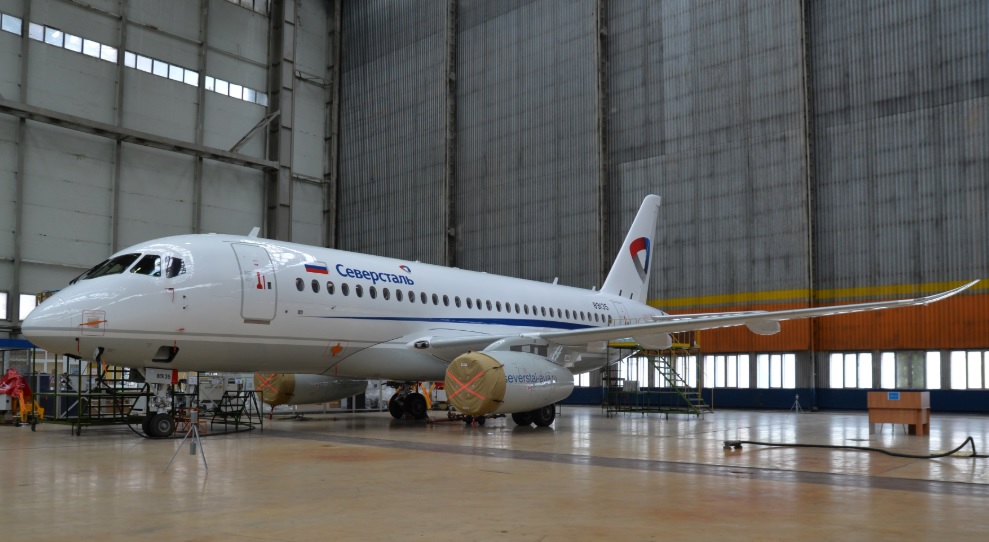 The company has installed passenger and cabin crew seats, galleys and lavatory modules, ceiling and side panels, partitions, and closets.

Severstal is taking the aircraft (89135) with 100 seats in an all-economy configuration.

Aviastar adds that the jet has undergone tests of the air-conditioning system with the auxiliary power unit running, and it has since flown to a Sukhoi facility in Moscow Zhukovsky to complete transfer to the customer.

Severstal has four Superjets in its fleet – the first arriving at the end of last year – and also operates a batch of Bombardier CRJ200s.