One of KLM’s former Boeing 747-400s has been transported to a hotel just outside Amsterdam Schiphol, where it will be converted into an exhibit about the iconic aircraft.

Transfer of the aircraft – formerly registered PH-BFB, and named Bangkok – coincided with the 50th anniversary of Boeing’s maiden flight with the 747 on 9 February 1969.

The jet has been moved, during a five-day operation, to the Corendon Village Hotel at Badhoevedorp on the north-eastern edge of Schiphol airport.

It is painted in the colours of holiday company Corendon Group whose activities include the Corendon Dutch Airlines division in the Netherlands.

Corendon says the 12.5km journey of the 747-400 commenced on 5 February, using a 192-wheel remote-controlled trailer supplied by transport firm Mammoet. The aircraft had to cross a number of obstacles, including the A9 highway and marshy fields overlaid by a specially-constructed road.

Once the conversion is complete, visitors will be able to explore the entire aircraft and learn more about the 747 and other aspects of aviation history.

“They can even do a wing-walk over the 30m-long wings,” says Corendon.

Flight Fleets Analyzer lists PH-BFB, which bore MSN24000, as being powered by General Electric CF6 engines. This year marks the 30th anniversary of the airframe, which made its own maiden flight in May 1989 and was delivered to KLM the following June. 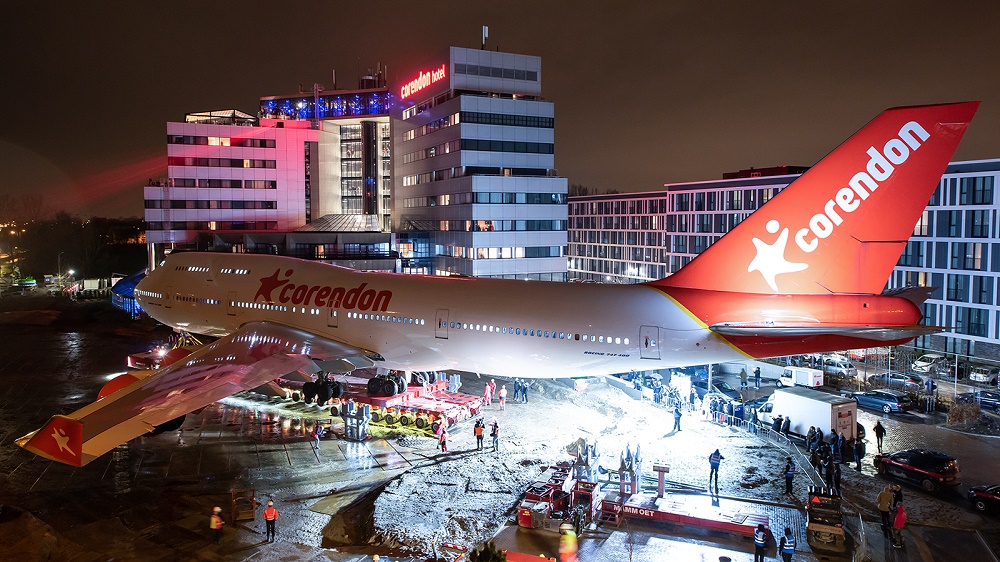