The airline is leasing the twinjet from state transport lessor GTLK.

Under a supply agreement Severstal will receive four of the type over the course of 2018-19.

Sukhoi says the aircraft was delivered on 26 December, following a ferry flight from Moscow Zhukovsky to Cherepovets airport in Vologda, some 370km north of the Russian capital.

Severstal is set to put the aircraft into service at the beginning of next year. It will have the option to switch the cabin configuration to a two-class layout.

Ilyushin Finance had stated earlier this year that it had reached an agreement covering the lease of six Superjet 100s to the carrier.

Sukhoi has also shown off another Superjet (RA-89119) in the colours of Severstal, which has recently been conducting test flights at Zhukovsky. 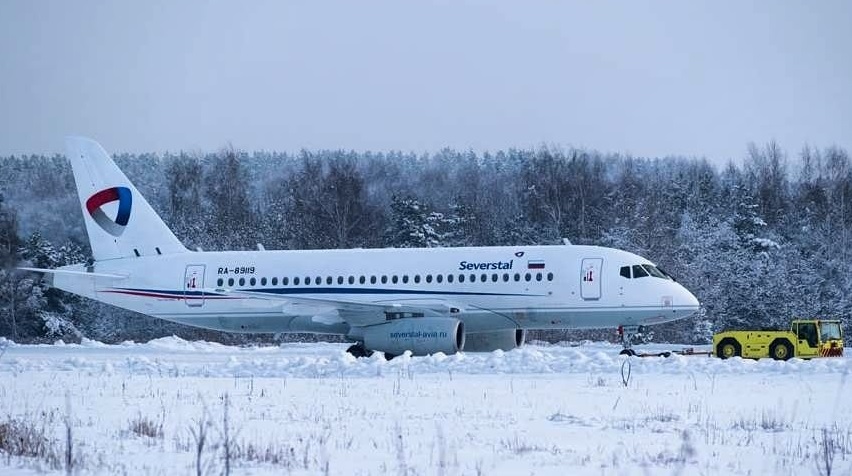