Russian operator Azimuth has taken delivery of another Sukhoi Superjet 100, the livery for which includes a promotional banner for a sports organisation.

The aircraft (RA-89136) is being leased from the state transport lessor GTLK.

Azimuth says the twinjet, fitted with PowerJet SaM146 engines, takes its fleet of the type to nine.

It says the aircraft is promoting the M-1 Global organisation for mixed martial arts, the head office for which is in St Petersburg. 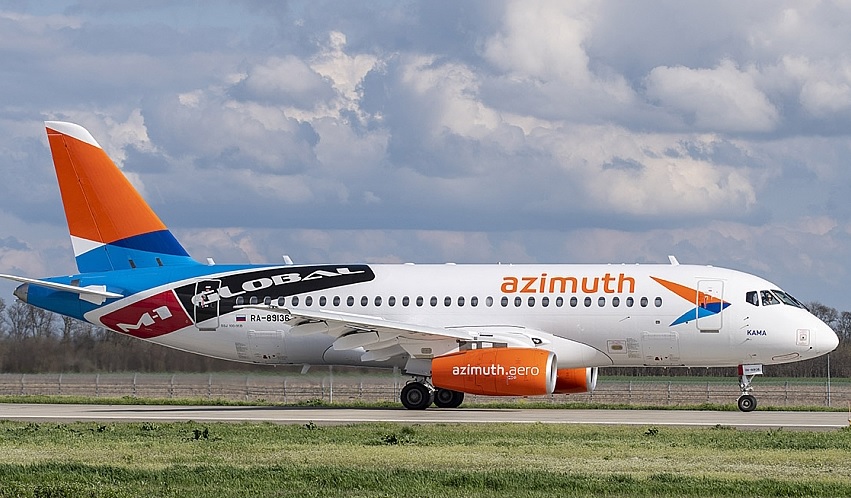