The second aircraft to wear United Airlines' new look is an Embraer 175 bound for its ExpressJet Airlines regional subsidiary.

The blue-and-grey livery, which replaces the 1990s-era look that the Chicago-based carrier inherited from Continental Airlines, was unveiled on a Boeing 737-800 in April. Executives said at the time that E175s would begin delivering in the scheme during the summer. 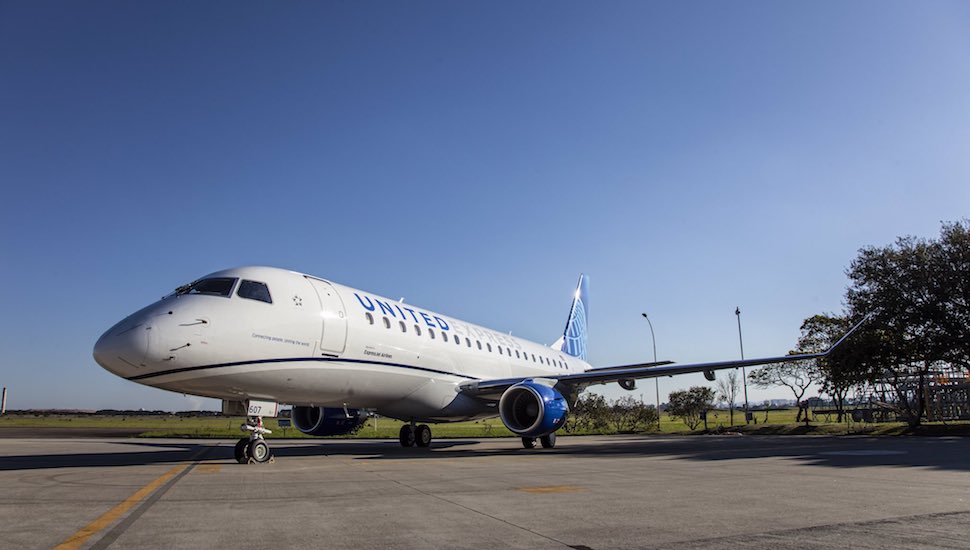 Embraer released the image along with the announcement of a commitment from United for 39 additional E175s, including 20 firm orders. The aircraft will replace Bombardier CRJ700s in its regional fleet.

The updated livery incorporates a more muted version of the swoop that United introduced on the Boeing 787 in 2012, while dropping gold from the colour palette.

"The swoop really shows motion and progress, and it really just brings an energy to the aircraft that we really like," United vice-president of marketing Mark Krolick told FlightGlobal at the unveiling.

United will paint aircraft in the new look as they come up for scheduled work, something that executives said could take up to seven years. However, there will be an initial push of aircraft repainting this year, they said.