Russian carrier Yakutia has taken delivery of another Sukhoi Superjet 100, painted in a ceremonial colour scheme.

The "mirror" livery, says the Siberian operator, inverts the normal blue-and-white design which features on Yakutia's fleet. Similar colours have previously been used on a Bombardier Q400. 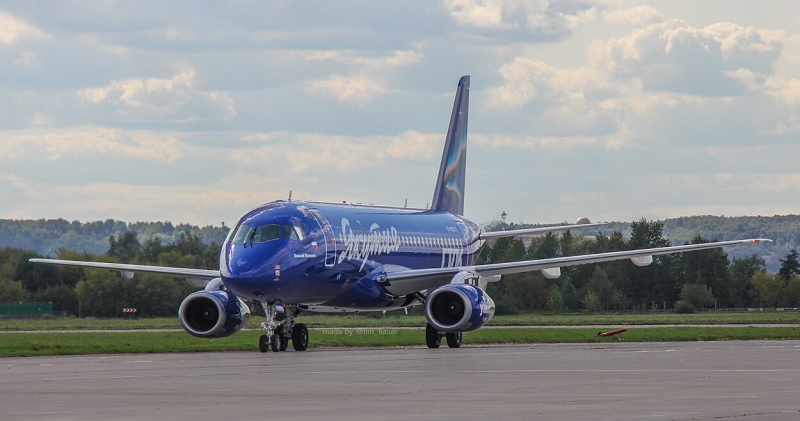 Cirium's fleet data indicates that the aircraft (RA-89035) was originally manufactured in 2014, without a customer, but that it was subsequently ordered by state lessor GTLK. The aircraft was then delivered to Yamal.

Yakutia claims it is the first of the type to be remarketed outside of the manufacturer's warranty.