Japanese carrier All Nippon Airways’ second Airbus A380 has rolled out of the airframer’s paint facilities bearing a green variant of the specially-commissioned ‘sea turtle’ livery.

Airframe MSN263, which will be registered JA382A, has been painted at the Airbus facility at Hamburg Finkenwerder.

It features a modified design of the turtle livery being applied to all three A380s ordered by the airline. The Rolls-Royce Trent 900-powered jets will be put into service on Hawaiian routes.

ANA took delivery of its predecessor, JA381A, during a ceremony in Toulouse on 20 March. This aircraft had a blue version of the scheme, while the third aircraft will be painted orange. 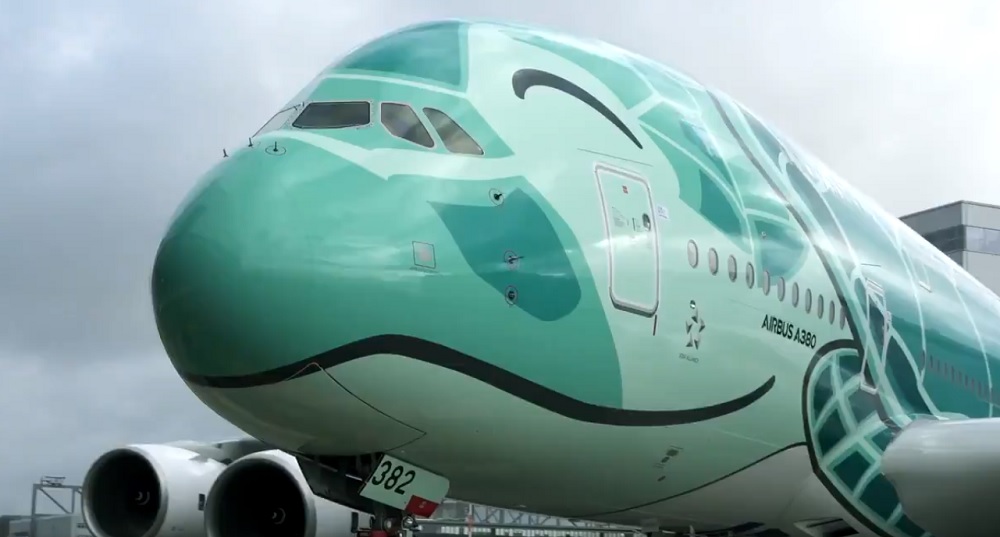