Boeing marked a key milestone in its relationship with China’s aviation industry today, delivering the first aircraft from its 737 completion and delivery centre in Zhoushan. 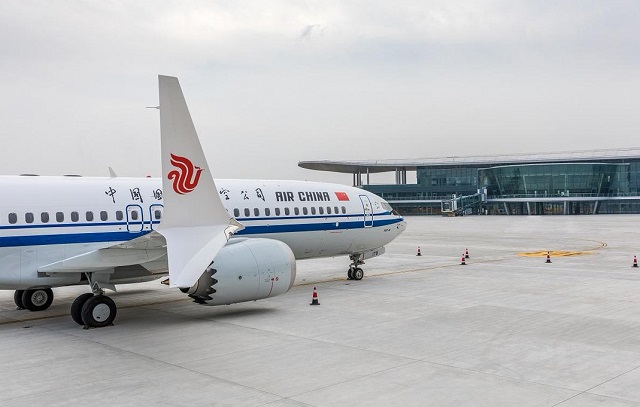 The hand-over, undertaken in conjunction with joint-venture partner Commercial Aircraft Corporation of China (COMAC), involved a 737 Max 8 for Air China, registration B-1178. The aircraft was built on Boeing’s 737 assembly line in Renton, Washington, but completion was undertaken at the Chinese facility in Zhoushan. 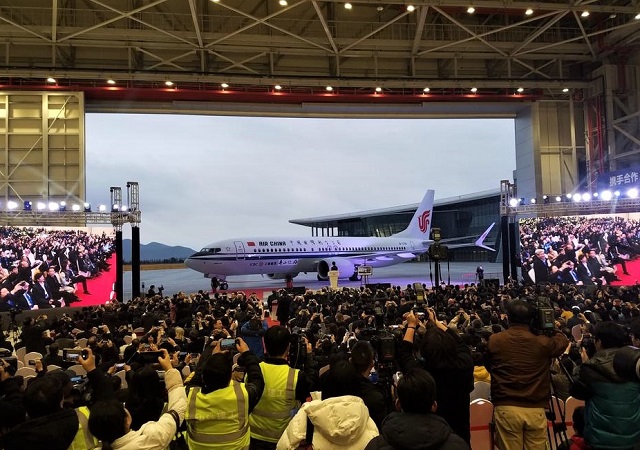 The milestone comes 20 months after construction began at the 41-hectare site, says Boeing, which is its first such facility outside the USA. It was built in partnership with the Zhejiang Provincial and Zhoushan Municipal Governments and will become fully operational in phases as capacity increases, adds the airframer. 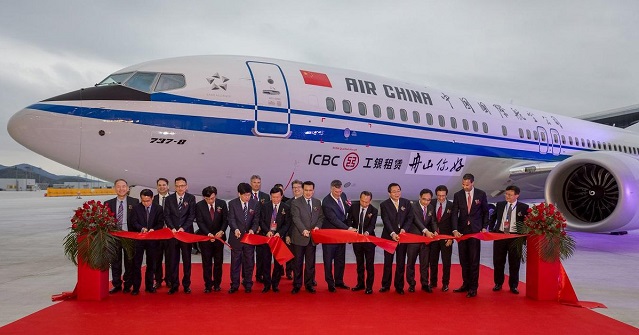 "This moment signifies our growing partnership with China that stretches back over nearly half a century," says Kevin McAllister, president and chief executive of Boeing Commercial Airplanes. 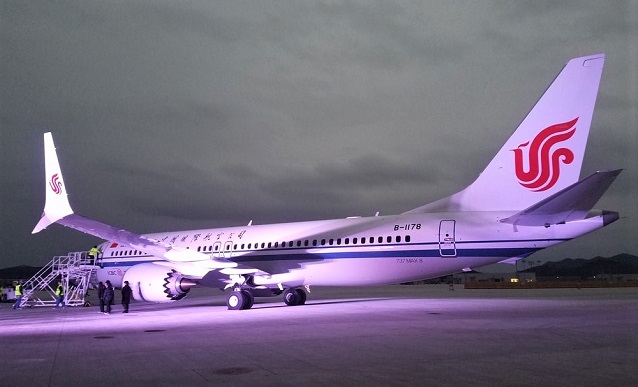 The China completion programme involves 737 Max aircraft bound for local airlines being ferried from Seattle to Zhoushan, where the joint Boeing-COMAC facility undertakes completion work. Initially, this is limited to interior finishing but Boeing says that the work package will be gradually increased to include painting, once three paint hangars are added Following completion, the aircraft move to the adjacent Boeing-operated delivery centre to undergo customer acceptance and delivery.

Boeing says that around a third of all 737s built will be destined for Chinese customers. Rival Airbus established a Chinese final assembly line for its single-aisle aircraft in Tianjin a decade ago, which has now delivered several hundred A320-family aircraft to local carriers.