EasyJet has celebrated the arrival of the largest aircraft to join the fleet to date by bringing it to the Farnborough air show.

The Airbus A321neo media flight from London Gatwick was operated by an all-female flightcrew. Capt Suki Adams was the pilot and Capt Zoe Ebrey the co-pilot. EasyJet chief executive Johan Lundgren was joined on the flight by UK transport secretary Chris Grayling, bound for the trade show. 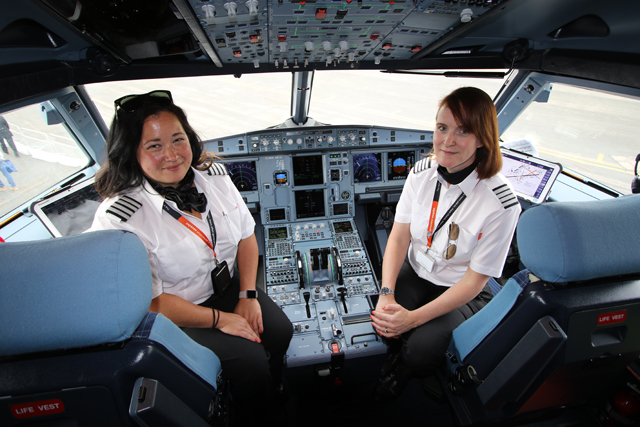 Lundgren said that using larger aircraft "allows us to grow at our slot-constrained hub airports". He notes that the CFM International Leap-1A-powered jet "has a smaller carbon footprint and is 50% quieter on take-off and landing than the conventional engines". 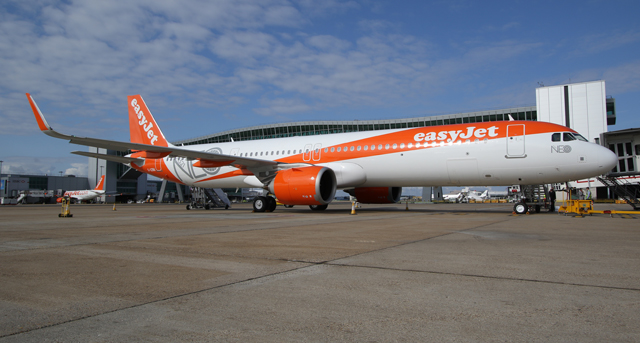 EasyJet will equip its A321neos with non-recline Recaro SL3510 seats. The typical seat dimensions incorporate a 29in pitch and a 17.2in width.

EasyJet continues to upgauge the size of its aircraft, as A319s are being gradually replaced by larger A320s featuring 186 seats.

The first A321neo arrives almost 15 years after EasyJet received its first A320-family aircraft in September 2003. That was part of a 240-aircraft commitment placed with Airbus in 2002.