The first of 10 Boeing 787-9s for WestJet has emerged from painting, ahead of deliveries commencing early next year. 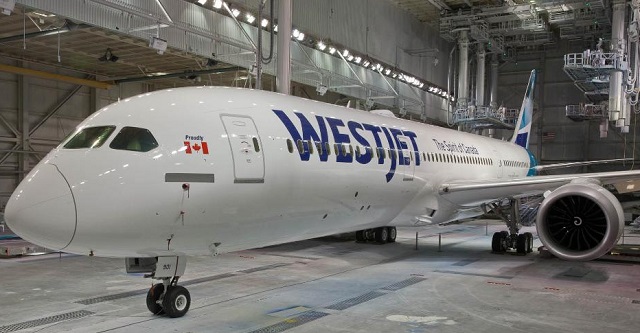 The first three General Electric GEnx-1B-powered 787-9s are due for delivery in January and February 2019, according to Flight Fleets Analyzer. The aircraft will be equipped with a 320-seat layout, including 276 in economy, 28 in premium economy and 16 lie-flat seats. 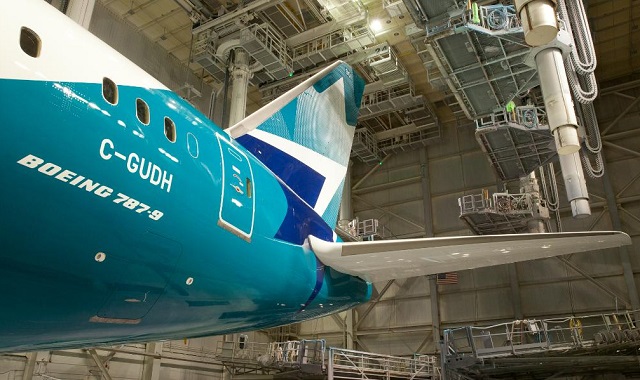 The Canadian airline’s 787s will be operated from its Calgary base, initially serving Dublin, London Gatwick and Paris. The 787 will begin on the Gatwick route on 28 April, which is currently served by 767-300ERs. 787 flights to Paris start on 17 May while the Dublin service begins on 1 June.