Polish carrier Enter Air has taken delivery of its first Boeing 737 Max, one of six ordered by the airline.

It received the aircraft, a Max 8 variant (SP-EXA), in Warsaw following a delivery flight from Seattle via Reykjavik on 4 December. It plans to put the jet into operation this month. 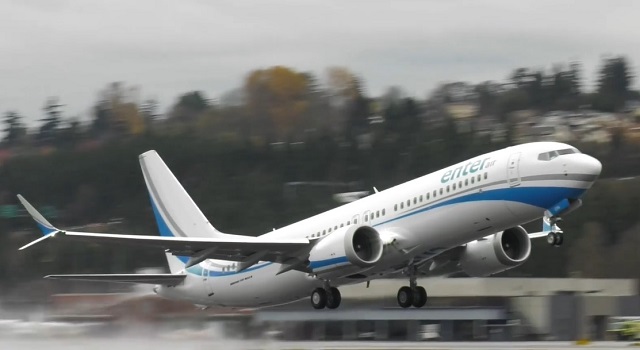 Enter Air previously used 737-400s and -800s before modernising with the re-engined type.

“On the business side, our operational efficiency will improve, which should translate into better results,” says management board member Grzegorz Polaniecki.

He says that the carrier “will consider” acquiring additional Max 8s if the aircraft’s performance meets expectations.

Enter Air will use the aircraft primarily in the Polish market but says tour operators from other parts of Europe have also sent inquiries over using the jets. 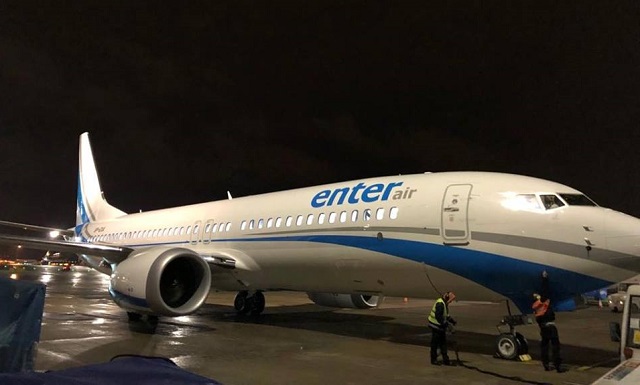 It intends to receive its next Max 8 within the next few weeks. The first two aircraft are being acquired through a financial lease with DVB Bank.

Enter Air adds that it also took delivery of another 737-800 during November, under operating lease, for five years.