Airbus has rolled out the first ultra-long-range A350-900 out of the paintshop in the colours of its launch customer Singapore Airlines.

The aircraft will soon undergo further testing before being delivered to SIA in the coming months.

Pictures released by Airbus indicate the aircraft bears the registration 9V-SGA (MSN 220). Flight Fleets Analyzer shows that it is scheduled to be delivered in September. 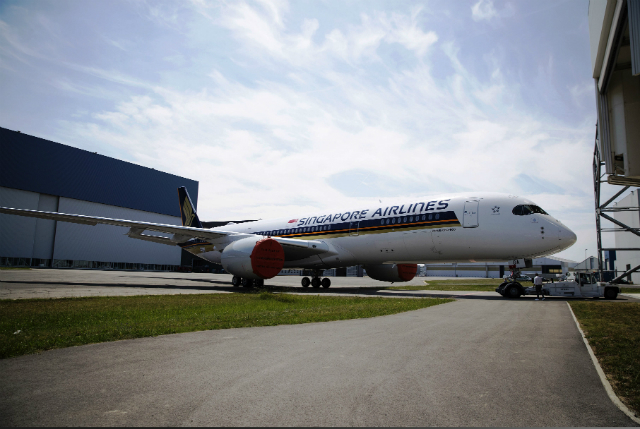 All images by Airbus

The A350-900ULR will have a maximum take off weight of 280t and a range of up to 9,700nm (17,964km). The additional range is due to a modified fuel system that raises the aircraft's fuel carrying capacity by 24,000 litres without the need for additional tanks.

SIA will begin operating the aircraft in October with the return of its nonstop Singapore-Newark services, followed by the Singapore-Los Angeles route in November. It will also use the type to boost its Singapore-San Francisco frequencies. 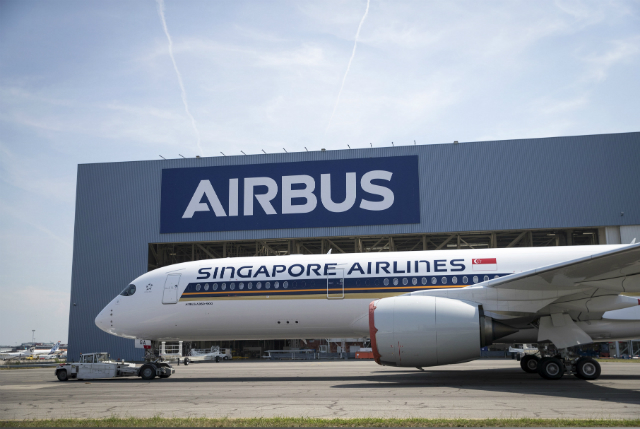