Virgin Atlantic has become the second UK airline in the space of a few weeks to take delivery of an Airbus A350-1000, with the formal handing over of its first aircraft in Toulouse.

The airline states on social media: “We are the officially the proud owners of our first A350-1000, Red Velvet.” 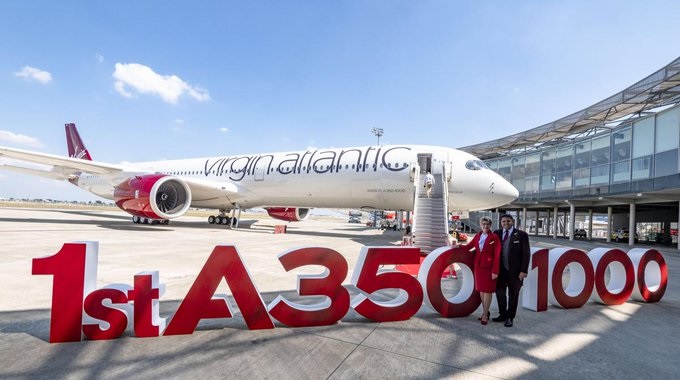 The hand-over comes after its London-Heathrow based rival British Airways took delivery of its first A350-1000 in July and introduced the type into service last week. 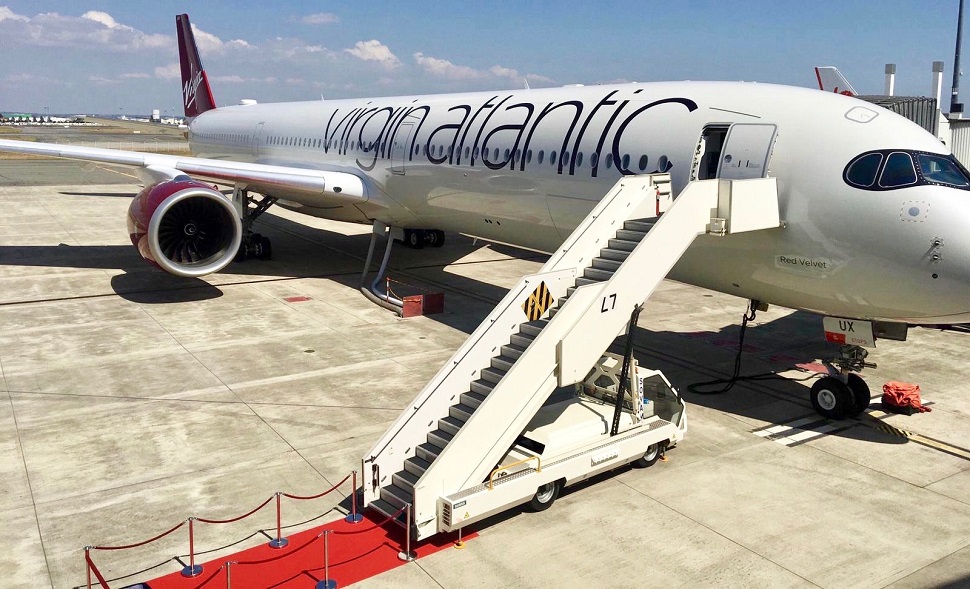 Virgin’s first aircraft, registration G-VLUX, has been officially accepted at the Airbus delivery centre at Toulouse-Blagnac airport. It is the first of 12 of the Rolls-Royce Trent XWB-powered aircraft the airline has on order, with deliveries due through to 2021. Virgin says the new widebody will initially operate between London Heathrow and New York John F Kennedy, with the inaugural flight due to be flown on 10 September. The airline has not yet confirmed any other routes.

A key new feature on Virgin’s A350-1000s is a revamped on-board bar dubbed “The Loft” (below). Virgin says that “as the largest social space in the airline’s fleet, it’s designed for customers to gather, chat, enjoy a drink or dine with friends”. 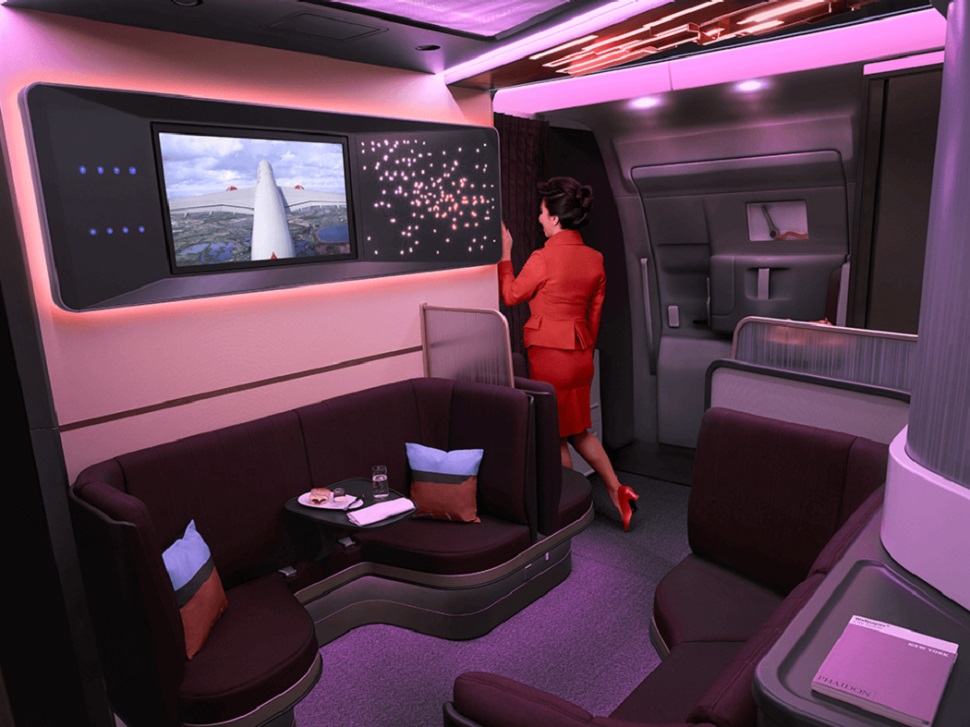 Virgin is configuring its A350-1000s with 335 seats, comprising 44 “Upper Class” business seats, 56 premium-economy seats and 235 economy seats (see seatmap, below). The business cabin has a revised layout with every seat now facing towards the window and is laid out in a one-two-one configuration. 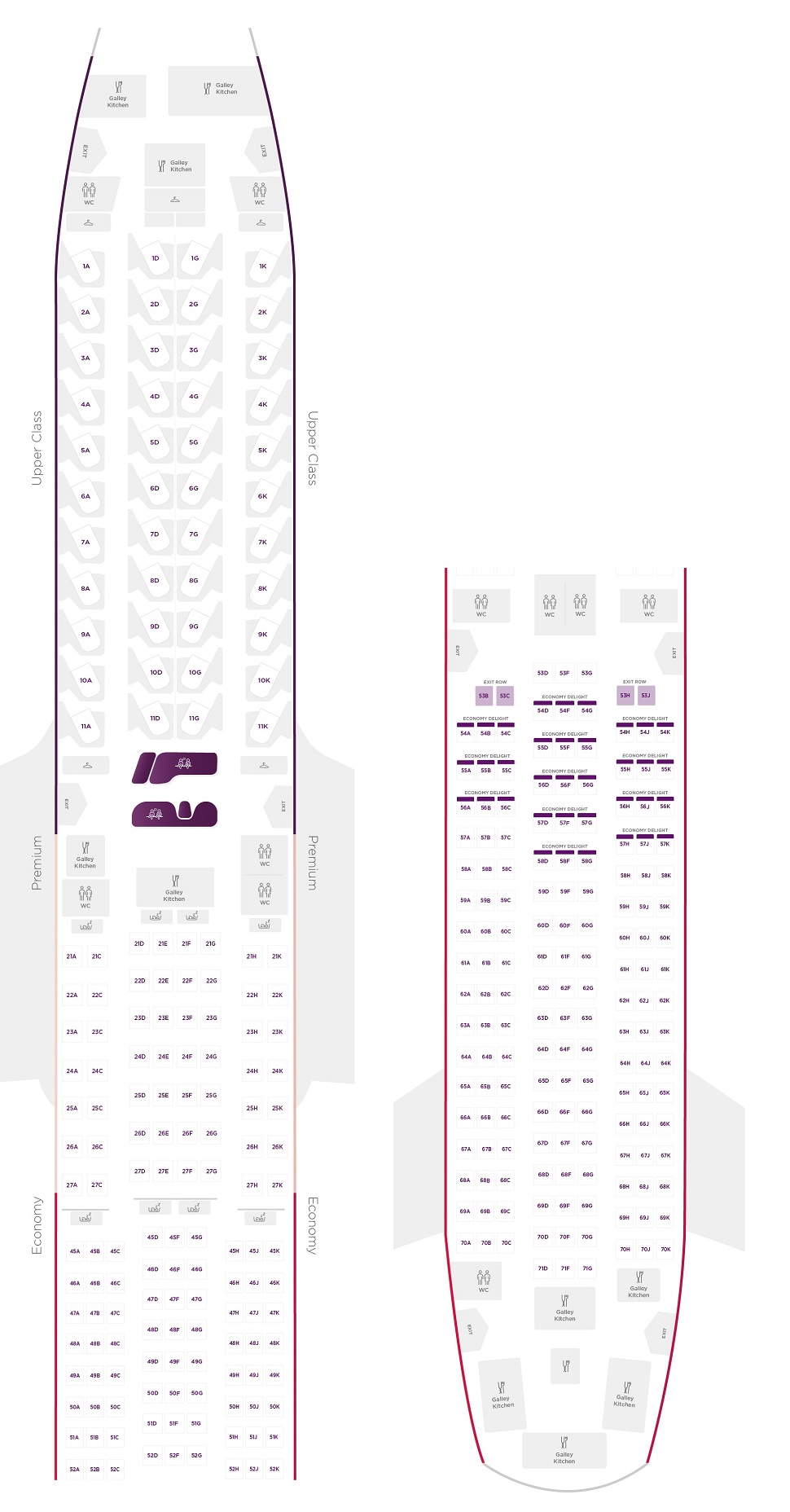