WestJet's first flight of paying customers on one of the airline’s new Boeing 787-9 Dreamliner aircraft on 20 February is a prelude to international flights the Calgary-based airline plans to begin in April.

The carrier's first 787 flight from Toronto Pearson airport to Calgary is the beginning of domestic service with those aircraft for crew training and regulatory compliance to prepare for WestJet’s flights between Calgary and London Gatwick scheduled on 28 April, according to a press release. The carrier aims to also offer flights to Dublin and Paris. WestJet has said that lie-flat seats on the 787-9s would help them attract business class travellers on the international flights. 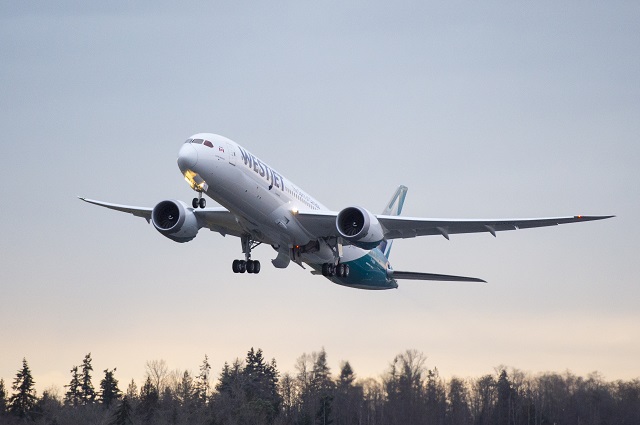 WestJet has two 787-9 aircraft in service, following deliveries in January and February, according to Cirium’s Fleets Analyzer. The airline expects to receive a third 787-9 in March, and has not yet announced routes for the remaining seven aircraft. WestJet has options to order an additional 10 aircraft between 2020 and 2024. 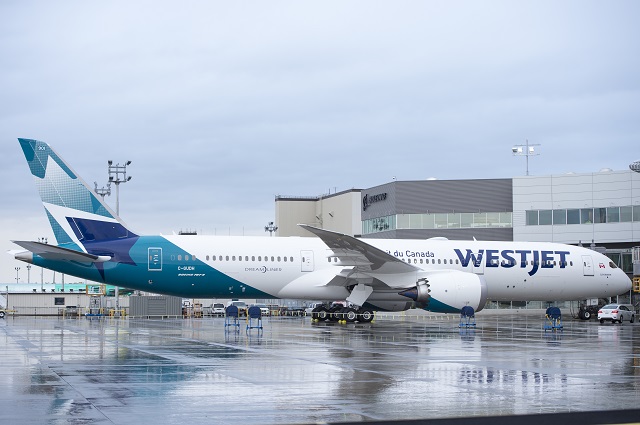 The majority of the WestJet fleet consists of 737 Next Generation planes, with 108 of that aircraft type in service and one in storage, according to Cirium’s Fleets Analyzer. The only aircraft in service in the WestJet fleet not built by Boeing are 47 Bombardier Q400 series aircraft, which are operated by its WestJet Encore regional subsidiary.

WestJet expects 2019 cost per available seat mile, excluding fuel and profit-sharing expenses, will be flat to up 2% year-over-year. Regulators are also expected to approve a joint venture between WestJet and Delta Air Lines this year.