Silver Airways has begun flying its new ATR 42-600 aircraft within Florida, the first step in its plan to replace its fleet of Saab 340Bs and expand its network.

The Fort Lauderdale-based regional carrier operated the first revenue flight between its base and Key West on 22 April, it says

“The new ATR 600 series aircraft will be transformational for Silver Airways and is ideal for our short-haul domestic and nearby international operations,” says Steve Rossum, chief executive of Silver and Seaborne Airlines, in a statement. 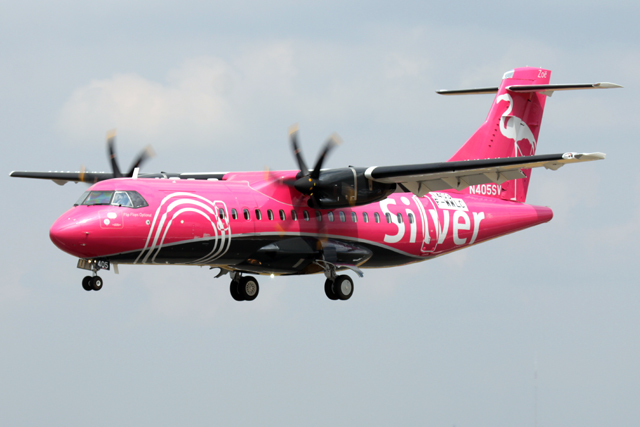 ATR has delivered three ATR 42-600s to Silver with another five due this year, the airline says. Silver also plans to take up to three ATR 72-600s in 2019 pending regulator approval.

Silver announced its commitment for the ATR 42 in 2017, with plans to introduce the type in early 2018.

The airline configures the ATR 42 with 46 seats, or 12 more than on its Saab aircraft. Its ATR 72s will seat 70 passengers. The ATR aircraft will be configured in a 2-2 layout with up to a 32-inch pitch in a bid to offer regional flights with more cabin space and legroom than some older generation regional aircraft.

Silver plans to add daily flights between Orlando and Destin-Fort Walton Beach on 16 May. The new route will ease connections for its codeshare partner United Airlines, and interline partners American Airlines and Delta Air Lines.