Regulatory action mandated by international civil aviation authorities after the 20 February failure of a Pratt & Whitney PW4000 on a United Airlines Boeing 777 affect a relatively small proportion of the 777 fleet. 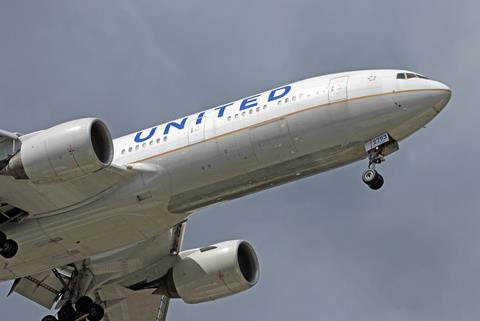 The US Federal Aviation Administration (FAA) has ordered emergency inspections of PW4000-112s, while regulators in Japan and the UK have banned operation of 777s with that engine. All in-service aircraft in that sub-fleet are based in the USA, Japan or South Korea.

The second-largest operator of PW4000-powered 777s is All Nippon Airways, which says it has 19 such aircraft. The Japanese carrier’s fleet also includes 26 GE90-powered 777-300ERs and two 777 freighters.

Asiana Airlines, which is to be acquired by Korean under an agreement disclosed in November, has nine PW4000-powered 777s, including two in storage.

Japan Airlines has nine in-service and four stored 777s with PW4000s. It also has 24 GE90-powered 777s, four of which are listed as being in storage.

EgyptAir has four PW4000-powered 777s in storage, and several further airlines and other parties have single-digit numbers of the aircraft in storage.

Cirium fleets data shows that 122 in-service and 72 stored A330s are equipped with PW4000 engines. The youngest aircraft in that fleet was built in 2017 and is operated China Southern Airlines.

When Cirium contacted Airbus about the possibility of additional inspections being required for PW4000-equipped A330s as a result the United 777 incident, the European airframer cited FAA communications that action is currently limited to the powerplant’s 112in-fan-diameter series exclusively used on 777.

Updated with information provided by ANA and P&W

The second-largest operator of PW4000-powered 777s is All Nippon Airways, which says it has 19 such aircraft. The Japanese carrier’s fleet also includes 26 GE90-powered 777-300ERs and two 777 freighters.