Air Antwerp has revealed that the turboprop is a 1990 airframe (OO-VLS) originally delivered to Lufthansa CityLine.

It was subsequently operated by carriers including Air Nostrum and VLM Airlines, before being acquired by a company identified as Largus Aviation by Cirium’s Fleets Analyzer.

The Fokker 50 was flown from Malmo to Antwerp on 27 July, where the carrier says it will use the aircraft in training exercises.

Air Antwerp’s livery features red and maroon stripes on a white fuselage, with a similarly-coloured logo on the vertical fin resembling a hand.

Hands are a symbol of Antwerp, deriving from a legend featuring a giant who guarded a bridge over the city’s river before being slain, and having his hand cut off and thrown into the water. 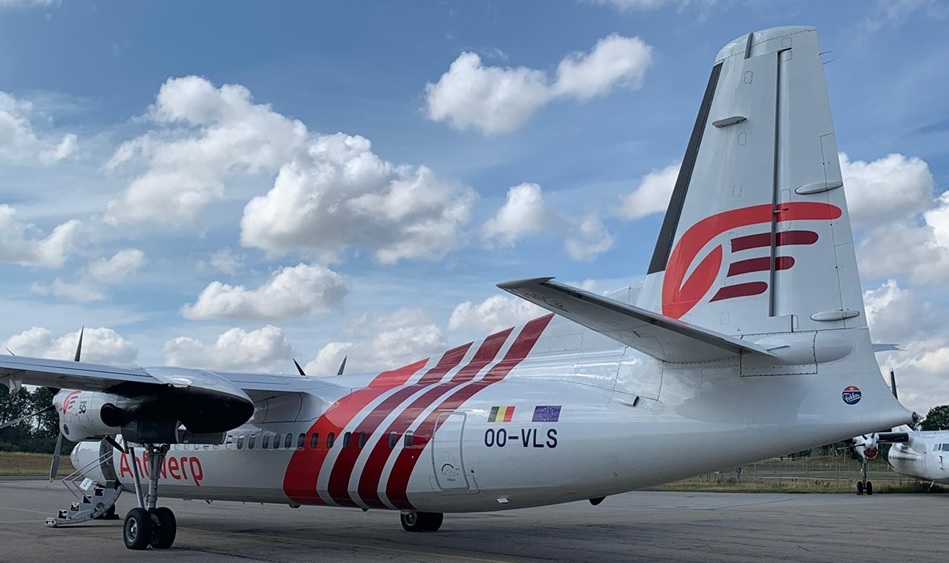