Pan-European carrier Volotea will add six more Airbus A320s to its fleet this year as it continues to expand beyond its pre-Covid capacity.

The Spain-headquartered airline – which focuses on serving mid-sized European cities – transitioned to an all-Airbus fleet last year following the early retirement of its Boeing 717s amid the pandemic. Its fleet strategy involves taking second-hand aircraft through lessors.

“We are very proud to increase our fleet with six more Airbus A320s,” says Volotea chief executive Carlos Munoz. “By growing our fleet with more modern aircraft, we will increase our competitiveness and take advantage of sizeable opportunities as we move forward, while becoming more responsible in protecting the environment.” 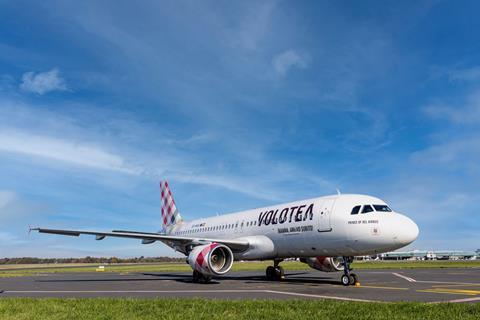 Cirium fleets data shows Volotea has 36 aircraft in its fleet: 20 A319s and 16 A320s, the youngest of which is nearly 11 years old. The carrier says it plans to operate between 41 and 45 jets in 2022, suggesting retirements and deliveries beyond the aforementioned A320s are possible.

Volotea currently has bases in 18 European cities and serves more than 100 destinations through a mixture of domestic and international operations.