New Japanese budget carrier Zipair Tokyo is on track for a 2020 start date, having been granted an air transport business license by Japan's Ministry of Land, Infrastructure, Transport and Tourism.

The budget arm of Japan Airlines (JAL) will operate two Boeing 787-8 aircraft, each with 290 seats, on two daily services: Tokyo Narita-Bangkok Suvarnabhumi starting 14 May 2020, and Tokyo Narita-Seoul Incheon from 1 July 2020. 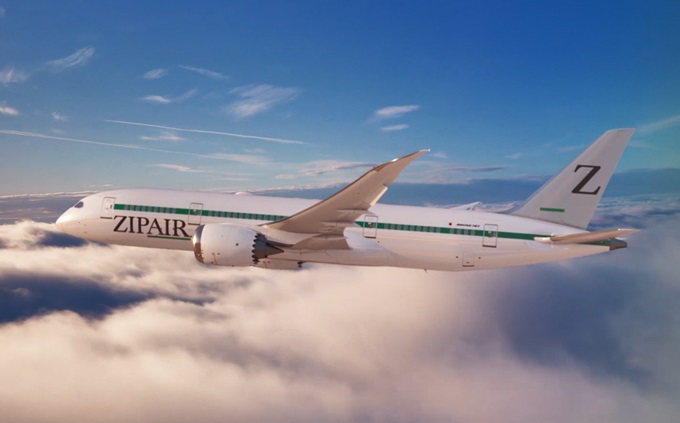 According to documents from the Japanese ministry, the carrier has Y5 billion ($45.9 million) in capital and plans to increase this to Y20 billion by the start of operations.

Its two 787-8s were taken from JAL and reconfigured in a higher-density layout, compared to the 186 or 161 seats the Oneworld carrier operates.

According to Cirium’s Fleets Analyzer, JAL has four 787-8s on order, each configured for 240 economy class seats and 50 in business class. These are scheduled for delivery in April, June, August, and December 2020.

Bangkok and Seoul were selected as Zipair’s first two routes for efficient fleet utilization at the start-up phase, its chief marketing officer Yasuhiro Fukada told FlightGlobal in a March interview.

Thereafter, it aims to gain extended twin-engine operation certification, with plans to expand into Europe and North America.

Zipair’s initial plan is to grow its 787-8 fleet to 10 over five years. It will start with point-to-point flights and expand into transfers only when the fleet goes beyond 20.