Bidding goodbye to BA’s ‘Queen of the Skies’

The sudden but not entirely unexpected decision by British Airways (BA) to ditch its Boeing 747 fleet has led to some nostalgic and emotional reactions across the industry. But while the sadness over the demise of an icon at one of its most famous operators is ­understandable, the decision makes solid business sense.

At the time of Europe’s ground-stop in March, BA had 31 747-400s in operation, according to Cirium fleets data. This gave it the largest fleet – just – of 747 passenger aircraft and represented some 9,000 available seats. 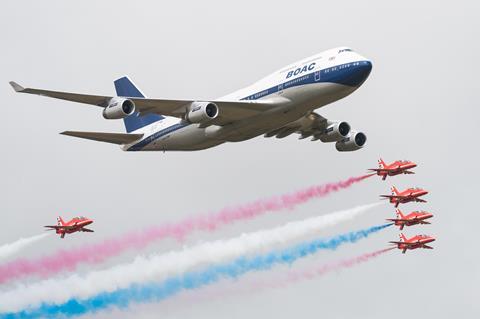 The BA 747 fleet has been winding down gradually for the past two decades from a peak of 75 aircraft in the late 1990s. But pre-coronavirus, BA jumbos were not scheduled to disappear entirely from the skies until 2024 – to be replaced by various Airbus and Boeing big twins.

Like other carriers, BA has often used its older fleets tactically as “capacity buffers” to counter the “known unknowns” – those industry crises that airline management have to plan for and react to. The Lockheed TriStar fleet was withdrawn after the first Gulf War in 1991, and the 747 Classics departed the scene in the wake of the 9/11 terrorist attacks.

Whether by design or by accident, the ­airline found itself with the tempting ­opportunity to be able to sacrifice a large fleet of “written-down” high-capacity aircraft to counter the expected slow recovery of the ­air-travel sector. The 747’s withdrawal also ­removes a type that represents higher ­operating costs from both fuel-burn and maintenance perspectives.

But that’s the cold-hearted business ­perspective, and air travel can be emotive. Despite their age, BA’s 747s undoubtedly represented a unique experience that was adored by passengers and crew alike – even if sometimes the cabins felt like they dated from the BOAC era celebrated by one of the 747 retrojets.

Since Concorde’s demise, the jumbo has been the most recognisable airliner among the public, achieving a flagship status that the A380 could only dream of. And few would disagree that Seattle’s “Queen” is one of the best-looking jet airliners to ever grace the skies. Farewell, your majesty.