In any normal even-numbered year, this comment would have been written during the chaos that usually attends the Farnborough air show.

Instead, there have been a series of webinars via the FIA Connect event in which the aerospace industry’s great and good have gamely participated. 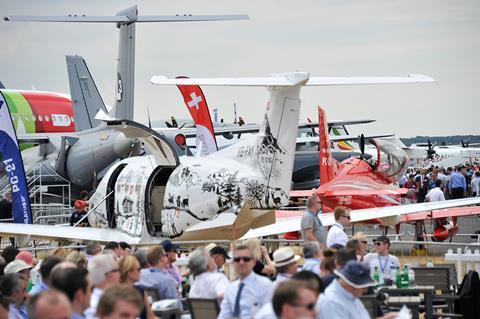 For a reporter, the show is typically a maelstrom of back-to-back press conferences, interviews, photo opportunities and “can you just” requests that send you hither and thither across a sprawling airfield. Lunch, at best, is consumed at the laptop or furtively snaffled from an exhibitor’s chalet. (When a journalist is described as “hungry”, this can be meant literally as well as figuratively.)

But if this all sounds like a complaint, it is not intended as such. And, to tell the truth, the absence of the show is keenly felt.

Of course, the event is clearly not to every exhibitor’s taste: smaller companies in the halls may feel drowned out by their big-budget contemporaries, for instance, and the pantomime ritual of unveiling squirrelled-away order announcements is wearisome.

However, Farnborough, and its odd-year Paris counterpart, still have an important role to play in the industry.

It may seem like an outlier in the globally connected internet age, but face-to-face meetings between customers and suppliers still have their place.

And from a journalist’s perspective, the opportunity to interrogate chief executives at close quarters cannot come too often.

For all the undoubted success of the FIA Connect event, a webinar is a poor imitation of the real thing; after all, it just isn’t the same without the chest-rattling sound of a Typhoon display overhead.

For all its headaches, here’s hoping for a bustling Le Bourget in 2021 – and a ­return to Farnborough the year after.