Why things are looking grim for the A380

Life has never been a bed of roses for the Airbus A380. Emirates apart, the superjumbo failed to achieve the level of commercial backing from blue-chip airlines that many expected during the early days of the programme. And now it seems that much of the operator base is turning its back on the double-decker as the industry tries to plot a path back from the coronavirus carnage.

Air France has declared that the A380 will play no part in its future. And it is unlikely many other A380 fleets will be restored to their pre-coronavirus levels even when the crisis is fully over. 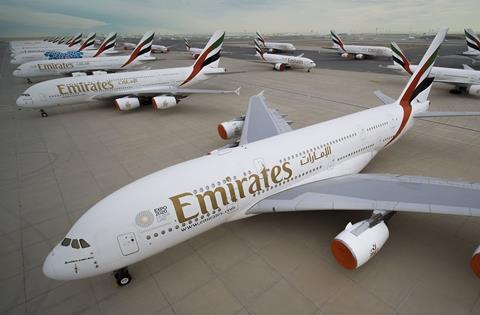 This current outlook for the world’s biggest airliner is very different to the one imagined when Airbus launched the A380 in 2000. The 550-seater promised game-changing economics and a step-change in the passenger experience, married to an impressive family plan. Customers would surely flock to it, just as they had to Seattle for Boeing 747s over the previous three decades.

So why is the aeroplane that was going to revolutionise air travel heading for the scrapyard a little over a decade after its introduction?

The arguments about the A380’s size, economics and true market potential have raged for years. While it delivered an unrivalled passenger experience and the operating-cost advantage over the 747 on which it was benchmarked, the A380’s creators never envisaged a twin-engined “seat-production machine” with the performance of the 777-300ER in their scoping.

On trunk routes where demand could fill the aircraft, the A380 worked well. But if the stars didn’t align perfectly, the aircraft could be problematic and this tempered demand from customers like British Airways, Singapore Airlines and Cathay Pacific who had previously ordered 747s in droves.

Speaking to FlightGlobal in 2016, IAG chief executive Willie Walsh summed up why airlines had generally been conservative in their commitment to the A380: “One of the issues we’re always conscious of is flexibility in the event of an economic downturn,” he said. “The A380 wouldn’t work on every part of [the British Airways] network, so from that point of view we’d be less ambitious [in fleet size] than Emirates would be.”

That the airline sector suffered two shocks in relatively close succession during the A380’s formative years cannot be ignored. The 9/11 attacks in 2001 and then the global financial crisis at the end of that decade realigned airlines’ thinking about capacity flexibility.

The sheer size and logistical problems that the A380 potentially posed scared some airlines off. The resulting lack of fleet scale at the majority of A380 operators hampered the type’s ability to deliver the operational economics and flexibility needed to make aircraft work efficiently.

The chief executive of one A380 operator said last year that “10-15 aircraft is either not enough or far too many”. Sadly for the A380, the current uncertainty is prompting many operators to take the latter view.