Will Air France fleet renewal include stretched A220?

Air France-KLM chief Ben Smith summed up one of the French flag carrier’s problems to investors during a briefing on its modernisation strategy.

Air France-KLM chief Ben Smith summed up one of the French flag carrier’s problems to investors during a briefing on its modernisation strategy.

“We don’t have every type of airplane,” he said. “But we almost do.”

Included in the fleet are virtually every Airbus model, Boeing 777s and 787s, alongside ATR turboprops and Embraer E-Jets.

One of those it does not have nevertheless featured on Smith’s presentation slides, intriguingly labelled “A220-500”.

It might have been qualified, but the -500 inclusion underlined that a European flag carrier – which in July became a major customer of the A220-300 with a 60-unit order – openly feels the A220 has a life beyond the original two-member CSeries family.

When Airbus took over the CSeries in mid-2018, the obvious strategic query centred on how the airframer, which for three decades had marketed its single-aisle aircraft as a one-type-fits-all line, would smooth over the sudden join between two different models.

Air France is the only carrier to operate all four basic A320 variants, and Smith suggested they are not entirely unified. “Even though it’s one aircraft type, it’s complex,” he says. 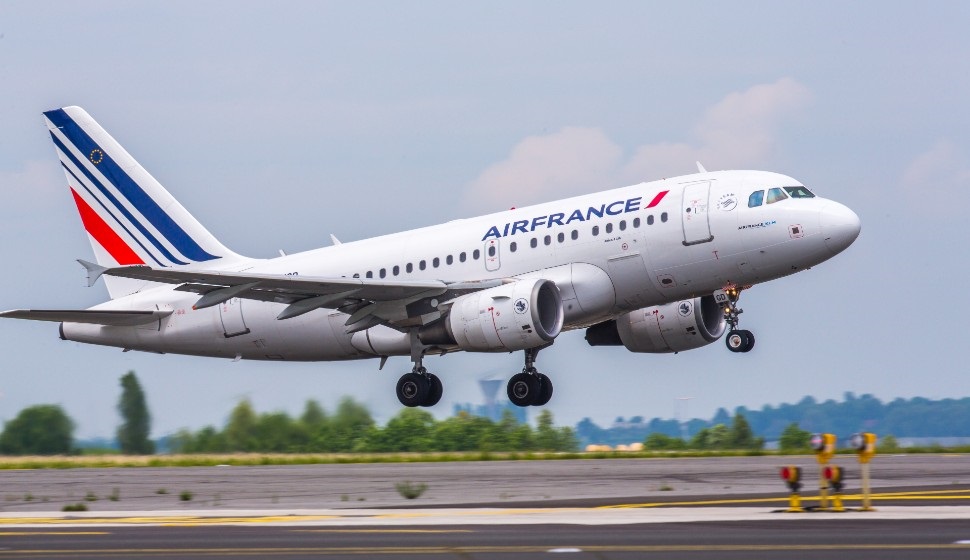 The A220 has effectively usurped the A318 (pictured), and Airbus is playing the aircraft against its own A319neo, the aircraft it previously – and optimistically – claimed would make the CSeries irrelevant.

But Airbus has already started reinforcing the A220’s capabilities, offering extended range and a higher take-off weight, and its Canadian division has previously touched on the growth capability in the airframe.

The A321 is no longer a niche variant existing in the shadow of its successful smaller sibling, but has instead matured into an aircraft with its own direction and purpose, the re-engined version having already sold more than half as many again as its predecessor.

Sliding a stretched A220 into the hallowed space of the A320 might be considered close to sacrilege, but Boeing had a similar line-up during the period when the 757 stood between the 737 family and twin-aisles.

Airbus has tended to play down the notion that a stretched A220 is a natural successor to the A320, and Smith did not give any clues as to whether Air France – in deciding to opt for the A220 – has received signals that an A220-500 is anything beyond a bit of numerical speculation.

But the airline might just have dropped a hint of inevitability.