Analysing the nuts and bolts of safety

Don Porter is a former FAA-licensed mechanic, technical representative, and product support manager for a major aircraft manufacturer. He has investigated hundreds of mishaps, some ending in tragedies. His latest book, Flight Failure: Investigating the Nuts and Bolts of Air Disasters and Aviation Safety, is out now.

The Federal Aviation Administration (FAA) states that flying on US-based airlines is safe. But the agency equates “safety” with the occurrence of actual accidents – not “incidents” where mechanical issues could result in an accident. An aircraft with undetected maintenance problems is, in reality, unsafe.

It is a truism that a small event can lead to a massive incident. A single match can spark a forest fire that devastates a huge area. In aviation, a tiny nut, bolt or pin – or the absence thereof – can trigger an accident that kills hundreds of people. 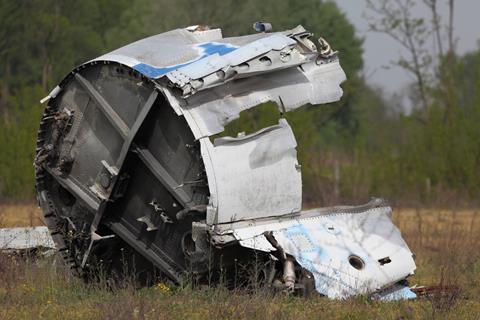 Tragedies can result when small mistakes trigger a chain of events

That can be seen in the crashes that led to the grounding of the Boeing 737 Max. While the post-accident focus was rightly on the jet’s automated systems, many factors figured in the demise of the Indonesian and Ethiopian aircraft.  But one fact is clear in each case: the deadly chain of events that killed, respectively, 189 and 157 people, began with the failure of a small angle of attack (AoA) sensor.

Max aircraft flew in excess of 10 million passengers between their first days in service in May 2017 and their grounding in March 2019. But they flew with hidden flaws. It took the failures of those AoA sensors – through poor overhaul or damage – to trigger an automatic, computer-driven chain of events that brought the jets down. Although millions of passengers had flown in Maxes without a single accident, the possibility for a crash existed during any one of those flights.

But this is not a new phenomenon. The National Transportation Safety Board’s archives are full of incidents which very nearly became fatal accidents. For example, on 6 November 2019, as a Republic Airways Embraer 175 climbed to 2,200ft, the plane’s nose rose abruptly. The captain clicked the autopilot/pitch trim disengage switch. There was no response. The co-pilot’s trim switch being functional, the crew was able to land after 15 harrowing minutes aloft. The cause: chafed wiring connecting the horizontal stabilizer trim actuator to the captain’s switch. Compounding the error, the switch had been installed upside down.

On 17 August 2015, the pilots of Allegiant Air flight 436, a Boeing MD-83, aborted take-off from Las Vegas due to a missing cotter pin in the elevator linkage. No-one was killed or injured, so the event was classified as a serious incident and not an accident. The jet had completed 216 uneventful flights after a mechanic forgot to install the pin. A bolt usually retained by the pin fell out, jamming the elevator. If the crew had continued the take-off, there’s little doubt the aircraft would have crashed, probably killing many of the 162 people aboard.

Here’s what the FAA safety inspector who investigated the incident wrote to his superiors: “I recommend that a sanction be added for each of the 216 flights that were flown…  in an unairworthy condition.” But his bosses disagreed, and no punitive action was taken against the air carrier or its maintenance contractor.

One does not have to look too far back to see what might have been.

On 1 September 1961, TWA flight 529, a Lockheed L-049 Constellation, crashed four minutes after departing Chicago, killing all 78 people aboard. The cause: someone forgot to install a cotter pin on a nut. It caused the elevator controls to jam, making the aircraft uncontrollable.

Three weeks later, also in Chicago, a Northwest Airlines Lockheed L-188 Electra crash killed 37. The cause: a missing 2in (5cm) piece of safety wire in the aileron linkage that someone forgot to install.

To reiterate: 115 people died because a cotter pin and 2in of safety wire were missing.

Of course, all machines are susceptible to mechanical failure, and that applies to aviation whether the aircraft was built in 1950 or rolled off an assembly line this afternoon. No-one disputes that things can go wrong; that is why aviation’s rules and regulations are so prescriptive.

But until the industry establishes greater emphasis on a workplace culture committed to safety above all else, and applies that consistently across the globe, the existing safety margin that should protect flightcrews and billions of air travellers will continue to be eroded.

Don Porter is a former FAA-licensed mechanic, technical representative, and product support manager for a major aircraft manufacturer. He has investigated hundreds of mishaps, some ending in tragedies. His latest book, Flight Failure: Investigating the Nuts and Bolts of Air Disasters and Aviation Safety, is out now.