Despite failing to make the cut as a pilot, Bart Reijnen has had a nearly 25-year career in the aviation sector and now works as chief executive of Airbus-owned Danish aftermarket support company Satair

I grew up with the sound of military jets that flew over our house every day and fascinated me. My boyhood dream was to become a jet pilot but I did not make it through the selection procedure. The kerosene in the blood remained, and I decided to study aerospace engineering at Delft University of Technology. My master’s thesis – as part of the ECATA [European Consortium for Advanced Training in Aerospace] junior multinational team project at DaimlerBenz Aerospace in Munich – was my entry into the aerospace business in 1995, and into the world of what today we call Airbus.

Next year I will celebrate 25 years in aerospace. Since November 2016 I have had the pleasure of leading Airbus-owned Danish aftermarket services company Satair. Before my move to Copenhagen, I worked in different parts of Airbus in France, Germany and my home country of the Netherlands. I started my career as a management trainee in Munich, subsequently spent three years at Airbus commercial in Toulouse as head of integration (project management support and planning) during the initial development of the A380. When EADS was created out of the merger of DASA, Aerospatiale and CASA in July 2000, I joined the new headquarters in Munich as executive assistant and later as head of the chief executive office, and corporate secretary to one of the two chief executives. Before joining Satair, I worked for 10 years in the space business, first running an Airbus subsidiary developing and producing equipment and subsystems for satellites and launchers; later, I was in charge of the Orbital Systems and Space Explorations activities of the group. 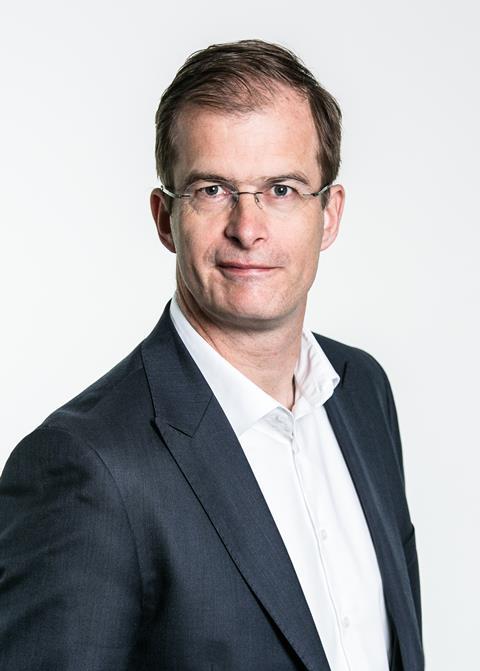 Reijnen is enjoying the strong growth Satair has been experiencing

The great and innovative aerospace products I have worked on so far, and the many professional, collaborative and inspiring people I have met and worked with. I am still proud to have been part of the A3XX project as a young engineer. A pity that the programme [which became the A380] has not yielded the success we expected. The start-up phase of EADS in 2000 was another fascinating time, integrating and consolidating the national aerospace companies into one pan-European company. When the company acquired Dutch Space (today Airbus Defence and Space Netherlands) and appointed me as its chief executive at the age of 33, it was the start of a great experience in managing, and restructuring as well as culturally and organisationally integrating the activities, as an arm’s-length managed subsidiary. As head of orbital systems and space exploration, the highlights were certainly the successful missions of the automated transfer vehicle to the International Space Station, servicing the astronauts with food, experiments, water and other important items. Another highlight was signing the contract with the European Space Agency, Lockheed Martin and NASA for the Orion programme – the spacecraft that will bring the USA and Europe back to the Moon.

My role is to ensure that Satair satisfies our multifleet airline and MRO customers in terms of their increased spare parts demands. This means continuously reviewing and enhancing our product and services scope and operational performance, and sustaining a strong relationship with our OEM partners.

What do you enjoy the most?

I am certainly enjoying the strong growth we have been seeing in the market in the past years and months. Also I like to work and interact with our customers and teams in the different regions.

A key focus is handling the strong market growth, while responding to the increasing number of urgent demands for spare parts from our customers. To meet these demands, we have developed a customer interface and make best use of new technologies in our planning, ordering and delivery processes. n