GainJet Aviation, one of the largest operators of VIP airliners in Europe, is planning to expand its midsize aircraft offering for the first time in 10 years, following rising demand in the region for short- and medium-haul charter services.

This decision forms part of a wider strategy by the Athens-headquartered specialist charter and management company – which has air operator certificates (AOCs) in Ireland and Greece – to grow its portfolio of aircraft, services and operating bases.

"We are in the process of adding a Bombardier Learjet 60XR to our Greek AOC to take advantage of local and regional charter demand which has picked up in recent months," says GainJet chief executive Ramsey Shaban.

The company launched operations in 2006 with a VIP Boeing MD-83. Within two years, the fleet had climbed to 10 aircraft, including a handful of super-midsize Gulfstream G200s, an entry-level Embraer Phenom 100, long-range G450s, G550s and a 757-200. "It was a very busy time for the charter market, because everyone wanted to fly privately," says Shaban. 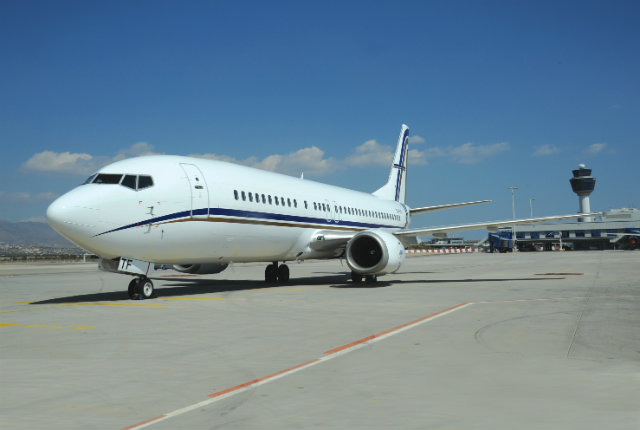 However, the halcyon days were short-lived. When the financial crisis hit in 2008, the market changed drastically with the lower end of the sector being most affected, Shaban notes, forcing GainJet to phase out the G200s and Phenom 100.

"Many operators went out of business at that time, and we had to adapt, so we chose to develop a niche at the top end of the market, with a focus on VIP and large-group transportation." While this sector "has had its challenges", the business has remained stable, Shaban says.

GainJet now has a growing fleet of 20 mainly high-end owned and managed business jets, including traditional examples from Bombardier, Embraer and Gulfstream, as well as several VIP Boeing airliners.

An Embraer Lineage 1000E was added to the fleet in October, becoming the first aircraft to be placed on Ireland's new EJ-prefixed registry for privately owned aircraft with a maximum take-off weight of over 5,700kg (12,500lb). GainJet will place a pair of managed, large-cabin jets on the Irish registry early in the new year, says Shaban.

GainJet also has a G600 on order, with the superlarge-cabin aircraft scheduled for delivery in 2020.

The company is planning to set up a permanent base in Africa in the near future to serve the region's medevac market. "We have had a floating base in Rwanda since 2013, currently served by a G550, but no fixed presence in the region," says Shaban.

Rwanda is likely to be the country of choice as it is safe, stable and central, he says. "It will complement our other medevac bases in London Stansted and Kuwait," he adds.