An Indian government report has blamed both Air India's management and the Ministry of Civil Aviation for letting the beleaguered carrier become both unprofitable and debt-ridden.

The state-owned airline has been making substantial losses since 2005 and has racked up debts of Indian rupee (Rs) 384 billion ($8.32 billion) as of 31 March 2010 because of plans to purchase new aircraft, inefficient operations and competition from domestic and international carriers, according to an audit by the Comptroller and Auditor General of India.

The problems first stemmed from Air India's decision in 2005 to purchase 68 Boeing long-range aircraft and the decision by Indian Airlines, which merged with the former, to order 43 aircraft of the Airbus A320 family. These decisions, said the report, were made without due consideration as to payment or whether there was sufficient demand. 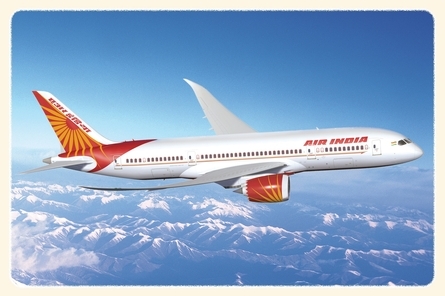 "The entire acquisition was to be funded through debt [to be repaid through revenue generation]," said the report, adding that this was a "recipe for disaster" and "should have raised alarm signals" in the various government agencies.

Assumptions that an increase in capacity would lead to a rise in market share and yields were not "validated" and "unduly optimistic", it added.

The merger of Air India and Indian Airlines in March 2007 was "ill-timed", coming a few months after the firms independently ordered a large amount of aircraft.

Issues such as route rationalisation, network integration, common maintenance and overhaul facilities were not considered before the decision was made, leaving the management to figure these out post-merger and resulted in huge delays in the integration, said the audit.

The single code passenger reservation system was activated only in February 2011. About 98% of the combined workforce has still not been integrated, and the plan to join Star Alliance has been suspended as a result of the problems faced by the carrier.

Much of the fault lay with the Ministry of Civil Aviation, which gave "undue weightage" to the non-financial parameters of the merger at the expense of traffic and operating figures. This unduly presented a "rosy picture of their performance", and resulted in a "lack of effective accountability for all parties concerned". More due diligence could have been done before the merger was pushed through, it added.

"The airline's weak financial position, inadequate equity capital and undue dependence on debt funding providing little or no cushion for the financial shock when it came," said the report.

External factors such as high jet fuel prices and the 2008 economic recession exacerbated the situation, it added.

Several steps have been taken to help Air India over the last two years, including the rationalisation of the network and shutting down many loss-making routes. The development of hubs in India, such as New Delhi and Mumbai, will also help the airline in its long-haul operations.

Looking ahead, said the report, the management and the government have to renew Air India's efforts to join Star Alliance and put emphasis on the airline's on-time performance statistics to ensure that it meets the expectations of its customers.

Human resource policies should also be reviewed to ensure that the workforce is integrated, and the staff remuneration scheme must be revised to sufficiently "incentivise or disincentivise" "actual performance" and not just employment.

Emphasis should be placed on increasing ticket sales via the Air India website rather than through agents or front offices, and technology should be employed and used for web and mobile check-in, and check-in kiosks and scanned security checks at airports, it added.

Revenue management solutions have to be implemented, and there has to be greater emphasis on selling premium seats on aircraft instead of just upgrading economy class passengers or offering them to employees and government officials as incentives.

"Given the life-threatening crisis that Air India is currently facing, top and middle management in Air India should set an example in this regard," it added.

The government must also play a bigger role if it wants to ensure the airline's survival, with the report emphasising that the airline's board and management must have both independence and transparency when it comes to decisions.

The report added that there is "no evidence" that the civil aviation ministry provided the airline with "positive support" in the last few years to reduce its debt.

"Aircraft acquisition has contributed predominantly to it [the debt]. The government must lay down a road map for liquidating the liability within a short span after making a realistic assessment of revenue generation capacity. Piecemeal infusion of small amounts is merely going to, at best, delay the certain closure of the airline," it said.

The audit concluded that the government has to take a comprehensive approach to rehabilitating Air India and ensuring its survival.

"Unless the government takes cognisance of above mentioned factors and decisions thereupon, the airline does not have a future as a vibrant public sector entity," it said.