Gripen will not compete in Danish fighter competition

The Swedish government has announced that it will not contend Denmark’s fighter replacement competition with its domestically-built Saab Gripen NG.

After “careful analysis”, the Swedish Defence and Security Export Agency (FXM) announced on 21 July that it would not put forward the aircraft for the Royal Danish Air Force’s Lockheed Martin F-16 replacement programme.

“We are grateful for the invitation to tender, but as on all occasions like this, we have undertaken an analysis of the situation and choose not to respond to the invitation,” director general of FXM, Ulf Hammarström, says. 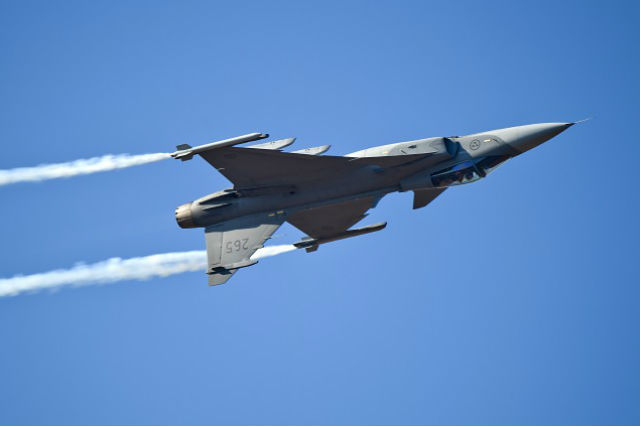 “The conclusion not to submit a tender is the result of a comprehensive assessment that the state and the industry have made together.”

The remaining competing aircraft include the Boeing F/A-18E/F Super Hornet, Eurofighter Typhoon and Lockheed's F-35 Joint Strike Fighter. Denmark is a partner nation on the JSF programme. Bids were due to have been submitted by 21 July, and Eurofighter partner company Airbus Defence & Space confirms that it responded, claiming that the Typhoon "meets all of Denmark's requirements".

Sweden's FXM is responsible for other Gripen exports, such as a sale to Thailand and long-term lease agreements with the Czech Republic and Hungary. It is also currently in the process of negotiating an interim solution for Brazil, which has selected Gripen NG for its future air defence.