Grob Aerospace has restarted flight testing of its SPn light business jet, with a Friday afternoon flight, having been given the green light from the German civil aviation authority.

The decision comes three months after the second prototype was destroyed during a demonstration flight near the company factory in Tussenhausen-Mattsies, Germany, killing the chief test pilot.

The preliminary factual report, issued earlier this month, cited elevator flutter leading to the separation of parts of the control surface and of the horizontal stabiliser as a focus for accident investigators. The full report will be issued in the coming months.

The test aircraft – the first SPn prototype -  originally made its first flight in July 2005 and has logged around 300 flight hours.  Grob’s chief executive Niall Olver says: “The aircraft has since undergone a number of modifications including fitting a belly fairing and larger ailerons. The third prototype, which is being built to same aerodynamic standard as the second aircraft is scheduled to make its first flight by early May.”   A fourth prototype is now in its early stages of construction and will be followed into service by the first production aircraft which will be used for function and reliability testing. 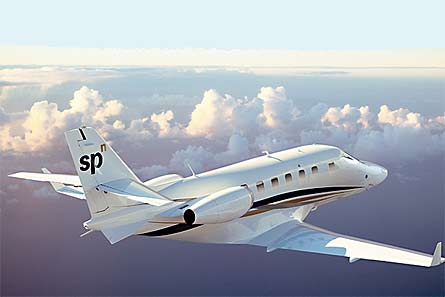 Olver says the company is continuing to grow its order book and has not lost a single customer since the accident.  European and US certification is scheduled for the first and second quarter of 2008 respectively.