Brexit jitters hit sales of Gulfstream business jets in the second quarter, but the outlook for the US airframer for the remainder of 2016 is robust, according to parent company General Dynamics.

Speaking on a 27 July earnings call, Phebe Novakovic, chairman and chief executive of General Dynamics said the interest level in the Gulfstream product line was strong during the second quarter, but business jet sales dried-up in June after the UK voted to leave the European Union.

“At the end of the quarter, when many transactions typically closed, activity almost ceased as a result of the events associated with the Brexit vote,” Novakovic says - a nod to both the economic uncertainly and subsequent devaluation of the pound, which followed the UK referendum. 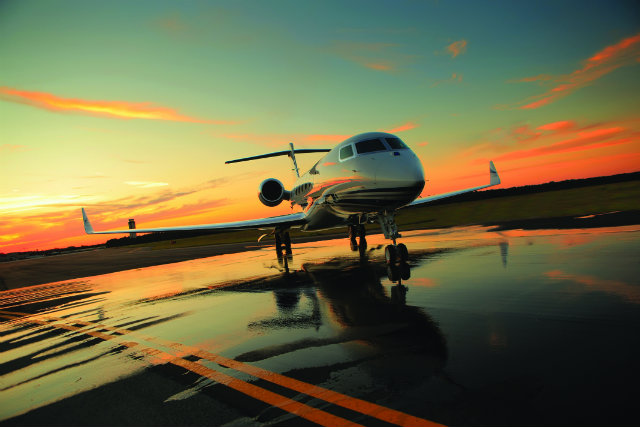 Despite the halt in sales at the end of the second quarter, Novakovic assures analysts that "those customers did not go away and are continuing to pursue transactions with us this quarter".

Thanks to the continued solid US economy and quick stock market recovery after the Brexit decision, the prospects for the Gulfstream production line are now “better than any [other] time so far this year”, she says.

Demand for the G550 and G450 is “in line with expectations”, Novakovic says, with the backlog for these legacy models stretching “well into next year”. Demand for Gulfstream’s top-of-the-range G650/ER remains particularly robust, with the ultra-long-range aircraft “sold out in its entirety through 2017,” Novakovic says.

The G280 has a nine to 12-month backlog, while the first available slot for a G150 - Gulfstream’s entry-level product - is “a year from now”.

Orderbooks for the in-development G500 and G600 are also very solid. “We’ve sold an awful lot of both models,” Novakovic says. The clean-sheet, large-cabin, long-range types are scheduled for service entry in 2018 and 2019, respectively.

The overall performance of General Dynamics' aerospace division, which includes business aviation services provider Jet Aviation, was mixed for the second-quarter, but largely in line with expectations.