The aircraft were transported late in 2018 to West Palm Beach after rolling off the final assembly line at Sikorsky’s factory in Stratford, Connecticut, said Sikorsky.

The announcement comes less than a month after the Director of Operational Test and Evaluation (DOT&E) said in a 31 January report that the first engineering and manufacturing development (EMD) version of the HH-60W would fly at the earliest in February 2019. It now appears the programme won’t take flight in February, a four-month delay from its previous first-flight date of October 2018, but Sikorsky instead plans to attempt a first flight before July 2019.

Previously at issue was the HH-60W’s fuel cell, which has several design and manufacturing deficiencies, including exceeding the weight allowance and not meeting military standards for normal temperature, cold temperature and self-sealing performance, according to the DOT&E. 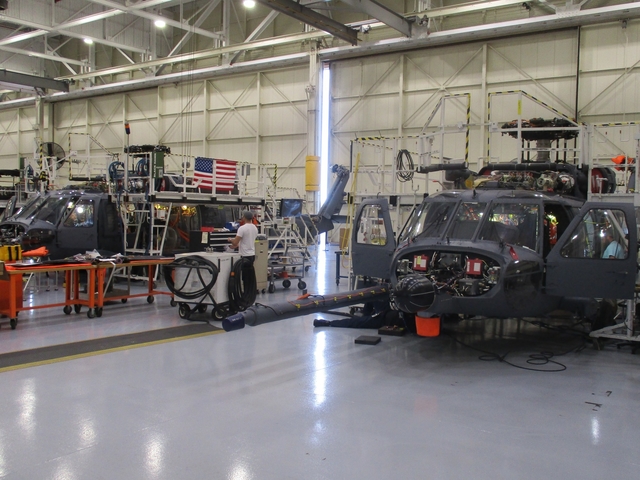 Nonetheless, Sikorsky says the HH-60W test readiness review was completed in October 2018. And now, the flight test team is preparing both aircraft for flight by conducting final installation of instrumentation and ground run testing.

"Our team is working every day to build and deliver a superior quality helicopter to the US Air Force for this critical mission," said Greg Hames, Sikorsky director of the Combat Rescue Helicopter programme. "Both Sikorsky and the Air Force remain committed to achieving a low-rate initial production decision this year and getting this much-needed aircraft to our air men and women out in the field."

A total of nine helicopters will be built in Connecticut during the Engineering Manufacturing Development (EMD) phase of the programme: four EMD aircraft and five system demonstration test articles, says Sikorsky. The USAF programme of record calls for 112 aircraft to replace its aging HH-60G Pave Hawk helicopters.

The USAF wants HH-60Ws produced and deployed as soon as possible because its 96 HH-60G Pave Hawk rescue helicopters have exceeded their expected service lives of 6,000h of flight, according to a US Government Accountability Office report. As of August 2018, those helicopters had logged an average of 7,100h of flight. Only about 68% of the fleet was mission-capable in fiscal year 2017 – short of the USAF’s desired 75% mission-capable goal.

The HH-60Ws have a new Tactical Mission Kit, which includes sensors, radar, and multiple defence systems designed to increase a pilot's situational awareness. The Combat Rescue Helicopter also hosts a new fuel system that nearly doubles the capacity of the internal tank of its predecessor.