Airbus Corporate Helicopters has made its Middle East show debut at MEBAA. The move comes 18 months after the unit was created by its parent company to focus its efforts in the business aviation segment and bring it into line with its sister fixed-wing operation.

The company – which sits alongside Airbus Corporate Jets as a sister brand – marked the occasion with the unveiling of a VVIP cabin mock-up for its ACH145, which it is targeting at the region's high-end operators.

Nitin Sareen, ACH head of marketing, global business, says the new division will deal with a range of corporate helicopter users, from owner-flyers to large corporations.

"We are raising our game," he says, "by offering a tailored approach to our customers along with high levels of service, we are starting to see demand grow." 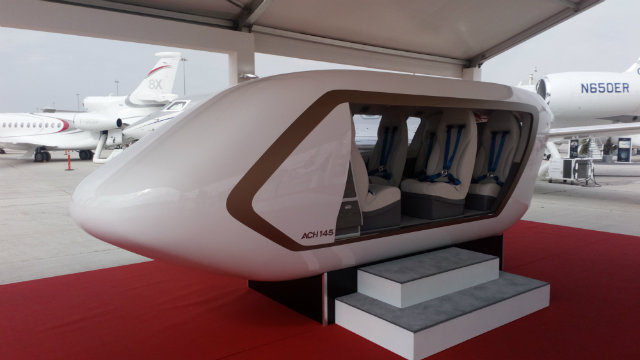 Sareen says 2018 deliveries of corporate-roled ACH aircraft look set to outstrip the 54 units shipped in 2017. "The trend will continue upwards into 2019 and beyond, as we continue to concentrate on customer outcomes," he says.

Sareen expects the Mercedes-Benz-designed VVIP interior on display at MEBAA to trigger "significant interest" in the four- to eight-passenger ACH145.

The aircraft is the latest version of the twin-engined helicopter series, which includes the BK117, EC145 and H145. Sareen estimates that there are 1,300 examples in service globally. The first ACH145 was delivered to a Brazilian owner in October.

"We are now seeking to drum up sales of this latest model in the Middle East, and will launch a regional demo tour with the aircraft in 2019," he adds.