Airbus Helicopters has opened its Chinese assembly line for the light-twin H135, with the first aircraft due to roll out later this year.

Situated in Qingdao, the construction of the plant follows a 2016 agreement that also saw China order 100 of the helicopters, of which 95 will be built at the new facility. 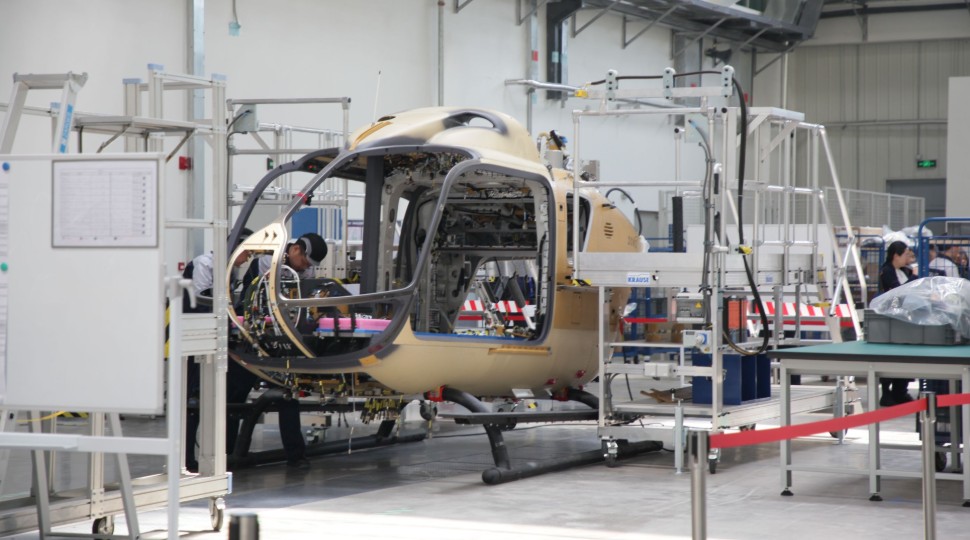 H135s are currently assembled at Donauworth, Germany. That factory will continue to build H135s for all other markets, as well as produce rear fuselages and main gearbox kits for assembly in China. Airbus Helicopters’ plant in Albacete, Spain will ship rear fuselages to Qingdao.

Once operational, the Chinese factory will build H135s at a rate of 18 per year, although the airframer says that could be doubled if future demand requires.

Separately, Uzbekistan has signed a “protocol of intent” with France covering the acquisition of 34 light-single rotorcraft from Airbus Helicopters for emergency medical services missions.

No detail has been released on the potential make-up of the purchase, with Airbus Helicopters building both the H125 and H130 light-singles.